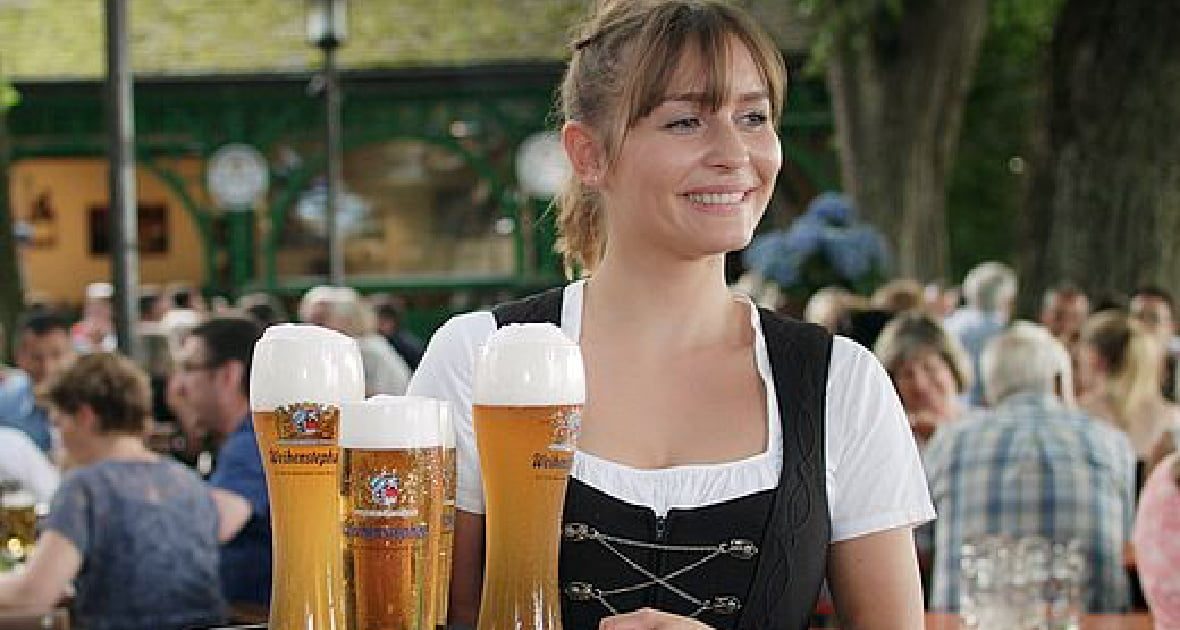 Pronounced “VY-EN-SHTEFFAN”, the Weihenstephan brewery in Bavaria can trace its monastic roots back to the 8th century when Frankish bishop Saint Korbinian arrived in Freising, a northern suburb of Munich, and founded a church dedicated to Saint Stephen. This church eventually became a Benedictine abbey. Early documentation refers to a hop farmer on the property paying tithe to the abbey as early as 768—possibly an early catalyst for brewing. In 1040, Abbot Arnold of Weihenstephan first secured licensing from the city of Freising to brew and sell beer, making Weihenstephan the oldest operating brewery in the world!

Throughout its near millenium-long existence, the brewery that stands upon Weihenstephan hill has persevered through many wars, repeated plundering, at least four fires, three plagues, famine and even an earthquake. Fast forward to 1516, Duke Wilhelm IV of Bavaria issued the Reinheitsgebot—or Bavarian Purity Law—allowing only barley, hops, and water in the brewing of beer (the importance of yeast was not yet known). It was arguably the most notable regulation in the history of brewing, and although strict, raised the standard for which quality beer is brewed. Ripples of this law can still be felt throughout Germany today, and it helped lay the groundwork for the next five centuries of quality brewing at Weihenstephan.

In 1803 during the secularization of Germany, the monastery was dissolved and brewing rights were transferred to the state of Bavaria. Still operating under this governance today, things seem to only have improved. 1852, the Central Agricultural School from Schlessheim relocated to Weihenstephan, becoming the Agriculture and Brewing College. In 1907 the Weihenstephan research brewery was established, foreshadowing the school’s elevation to University status in 1920—and merger with the Technical University of Munich in 1930.

Today, the brewery and university at Weihenstephan are convincingly an epicenter of brewing knowledge. The campus features two large-scale breweries with well over 300,000 barrels annual output (our local favorites Summit, Schell’s and Surly each produced between 112-130,000 barrels last year for comparison), five small-scale research breweries and a distillery. The Weihenstephan yeast bank has amassed one of the world’s largest collections. Each year, the limited number of graduates in the university’s Brewing Science discipline immediately earn elite status in the brewing world.

Beyond the rich history and academia surrounding the Weihenstephan brewery, the beers are extraordinary examples of style and finesse. In the age of wild ingredients, gimmicks, and distracting marketing it’s important to remember that sometimes a small list of ingredients can make a big statement!

Munich in a bottle. Clean malt and a mild, spicy hop note.

A pleasantly hop-forward pils with a dry, lip-smacking finish.

Notes of banana, caramel, chocolate, and nuts with a refreshing carbonation.

Full-bodied, with orange citrus, clove and banana. Creamy and round.