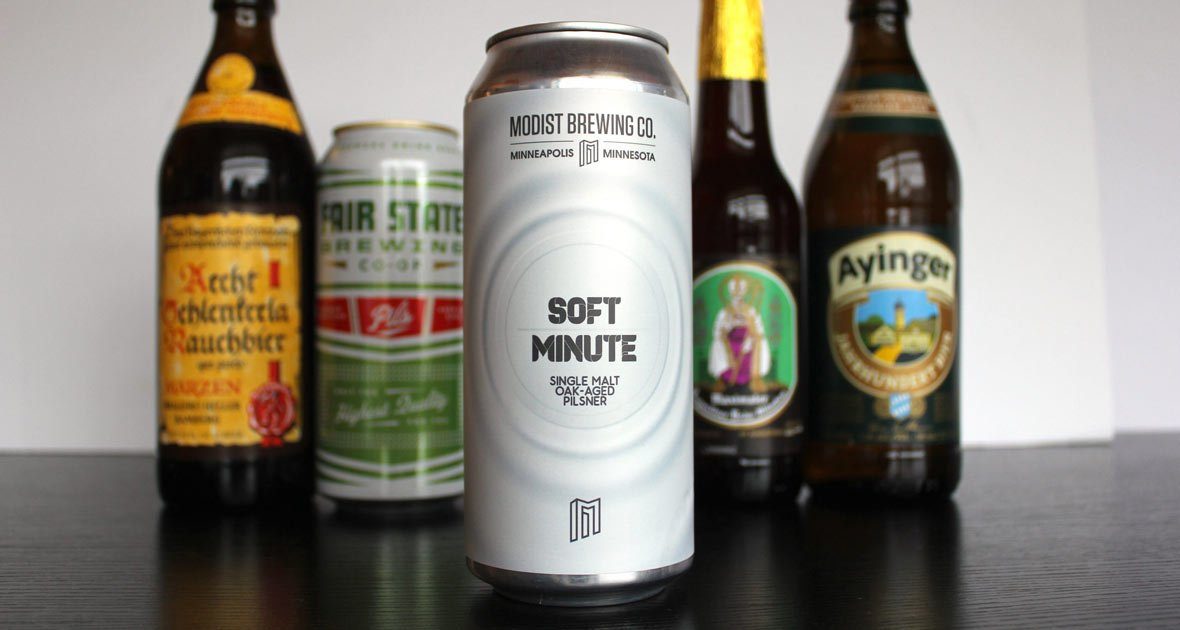 You have seen the commercials: a vendor shouting “ice cold beer, here” while navigating through the football stadium; two arctic explorers abseiling into a crevasse to chip an ice cold can of beer from the glacier, only to return it to the man waiting by the portable cooler at a tailgate; a frozen train of beer careening through snow-capped mountains to deliver refreshment. The voice actor bellows in with some nonsensical phrase like “cold-brewed the hard way” or “brewed with the purest water from melted icebergs.” Even if statements like these hold little barley-water, the marketers have done their job. Because what many beer consumers want is crisp, quenching, and ice cold.

While there are certainly occasions for beers of the variety mentioned above, I’ve got some good news to share. Not all lager beer needs to be consumed at near-freezing temperatures to taste acceptable. In fact, most classic styles of lagers should be enjoyed cold, but not ice cold. The colder a beverage is served, the harder it is for your gustatory system to perceive its true flavor. And most craft lagers have much flavor to offer!

So what makes a lager? The advertisements give you part of the picture. Lager beer is fermented at a cooler temperature than ales, then cold-conditioned or “lagered” for an extended period of time. The metabolic activity of lager yeast is much slower, but results in a more complete fermentation. Higher attenuation, or a greater percentage of sugars consumed by the yeast, leads to a drier, “crisper” beer. Because lager yeast imparts minimal characteristics into a beer, it is the quality and balance of malt and hops that is stage-center. There is nothing to hide behind in lager brewing, which further elevates my reverence when I find a quality example.

Lagers can come in a variety of styles and strengths: from the ultra-light, crisp, adjunct-laden macro lagers, to hop-accentuated pilsners, to smoke-infused rauchbiers, to the big, malty doppelbocks dubbed “liquid bread”. After sampling a variety of styles you will find the category has more to offer than at first glance. Many are even perfect for cold weather consumption, considering we just were blessed by Minnesota’s first major snowfall. So if you’re looking for something “cold-brewed”, consider a few of our favorite examples listed below:

Modist has been on a roll with its foeder-aged lager program, producing some of my favorite “crispy bois” in recent memory. Soft Minute is brewed with 100% malted wheat, a feat only accomplished by the brewery’s mash filter, leading to a pillow-y soft mouthfeel. It’s hopped with Triple Pearl and Citra hops for a delicate floral, peppery citrus note. The beer is finished in an egg-shaped oak foeder for a bit of structure on the palate.

This is head brewer Niko Tonks’ “desert island beer”, and I might have to agree. This brisk German-style pilsner has a grassy nose from Hallertau Mittelfruh hops, a dry quenching palate, and a surprisingly bitter finish that begs another sip. Yes, it’s available all year-round, but it’s a beer that the staff always keep coming back to.

Brewed in celebration of Ayinger’s 100th anniversary, Jahrhundert Bier is a sparkling export-style lager worthy of the acclaim. Floral, honeyed aromas with an earthy, malt-driven palate and a spicy hop note on the finish. Extremely balanced and quaffable.

A beer that I think everyone must try in their lifetime, please take a chance on it! The original smoked beer from Bamberg, Germany is unlike anything else in the beer world. Its smokiness is imparted from smoking the malt over beechwood logs, offering aromas of campfire and smoked bacon. Do not be deterred upon first sip, as with each progressive glug the smoke becomes intertwined with layered bready malt notes. Drinking this beer brings you back in time.

This ruby-hued doppelbock is an excellent choice for cold, wintry days by the fire. Big and malty with aromas of toffee, plums and raisins. Malty expressions of brown bread and a bit of chocolate lead to a vinous, warming finish with extended notes of dark fruits.