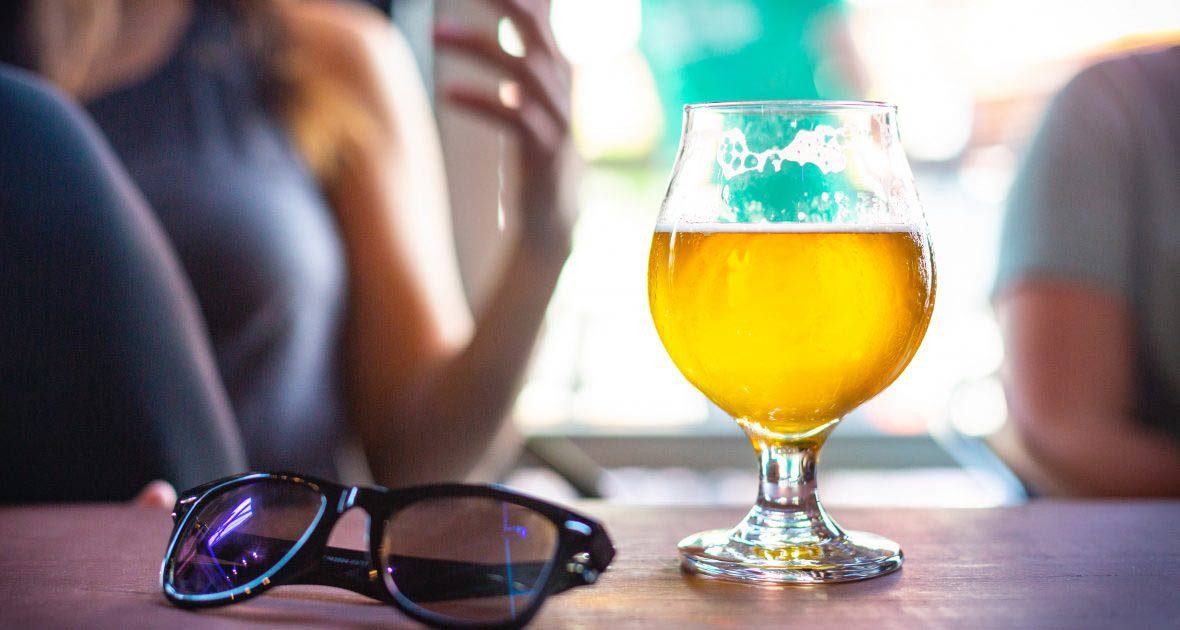 Going Back to Cali: The West Coast IPA

The year is 2021, the Beer planet continues to circle a galactic vortex that top astronomers have named “Hazy IPA.” The planet, whose inhabitant “Beerlings” subsist primarily on fermented malt beverages, was first drawn into the vortex years prior when it was caught in a gravity beam of juicy hop flavor. Upon entering the galaxy’s rotational forces, an odd phenomenon began to spread. The Beerlings—who formerly enjoyed styles such as brown ale, hefeweizen, milk stout and Czech pilsner—have become enraptured by a cloudy “India Pale Ale” that is said to have been from an unknown location called “New England.” By way of its juicy, tropical aroma and flavor, silky body, and gentle bitterness, the Hazy IPA is gradually taking over the minds of the Beerlings, methodically squashing out the dwindling beer styles in its path. The future is bleak, and hazy at best.

After picking up a fuzzy distress beacon from the depths of galaxy “Hazy IPA”, a small faction of bitter, seasoned brewers travelling from “The West Coast” and beyond have united in order to rescue Beer planet from its impending engulfment by the entrancing tropical hop character, and to reclaim the flavor balance of past eras. The future of Beer depends on it.

This silly movie plot-like scenario is playing out in real time in craft beer coolers across the country; a single style becoming so popular that less popular styles are chewed up and spit out in its wake. I am certainly part of the problem, often choosing the newest hazy IPA over another style. But each time I try a quality west coast IPA, I am reminded of why I admired IPAs in the first place. It’s something in the hop character—the spicy, floral, grassy, piney, citrus that takes your nose on a camping trip. It’s the softly sweet malt character and slick, oily mouthfeel. It’s the tongue-punching bitterness that commands another sip. It’s the nostalgia, a subtle reminder that these experimental hoppy brews were part of the Zeitgeist for a craft beer revolution.

Bear Republic Racer 5 IPA | $8.99/4pk Can | Born in the heart of wine country, Racer 5 is arguably the benchmark for this style, winning gold in the IPA category for two consecutive years at the Great American Beer Festival. The original recipe was a mistake; hops from Bear Republic’s Red Rocket Ale were accidentally added to the “house IPA” at the time. A few tweaks later and Racer 5 was born, inspired by owner Rich’s love for car racing. Racer 5 exemplifies the classic “C hops”: Cascade, Centennial, Chinook and Columbus all bringing their classic citrus, floral and pine characteristics. A softly-sweet crystal malt character balances the sturdy 75 IBUs of bitterness.

Ballast Point Sculpin IPA | $12.99/6pk | Ballast Point has a story like many breweries; it all started with a group of college homebrewers who turned a hobby into a business. First came Home Brew Mart, a homebrew supply store that opened in 1992. Four years later, the brewery began operations from the back of the store. By 2005 the recipe for Sculpin would be released, quickly becoming one of the most highly regarded IPAs of the decade and earning BP “best small brewery” at the 2010 world beer cup. Sculpin drinks like a pale ale, despite its 7% abv and 70 IBU, thanks to its simple, clean malt base. Piney, spicy bittering hops accentuate the bright stone fruit and mango notes from the aroma hop additions.

Lagunitas Waldo’s Special Ale | $12.99/4pk | If you know anything about Lagunitas, you know of their fascination with a certain, um, plant. This fascination has inspired much of their beer culture, and is best embodied in their annual spring release of Waldo’s Special Ale. This triple IPA began as a collaboration between Lagunitas and the Waldo’s, a group of former San Rafael HS students who famously met around a statue of Louis Pasteur at 4:20 to smoke before embarking on a treasure hunt of sorts in Point Reyes. The dankest and hoppiest of Lagunitas brews, Waldo’s features a botanical assault of hop character, sticky icky sweet fruitiness, warming alcohol and an oil slick mouthfeel. For all the treasure hunters out there.

Modist Day of Another Dream IPA | $14.99/4pk Can | Taking their Dreamyard New England-style IPA into The Upside Down, in this alternate reality Day of Another Dream is a west coast IPA brewed with the same ingredients but different techniques. Wheat malt and malted oats lend their typical textural smoothness and while Citra and Sultana hops get more time to isomerize in the boil, bringing jabs of piney bitterness and pithy citrus.