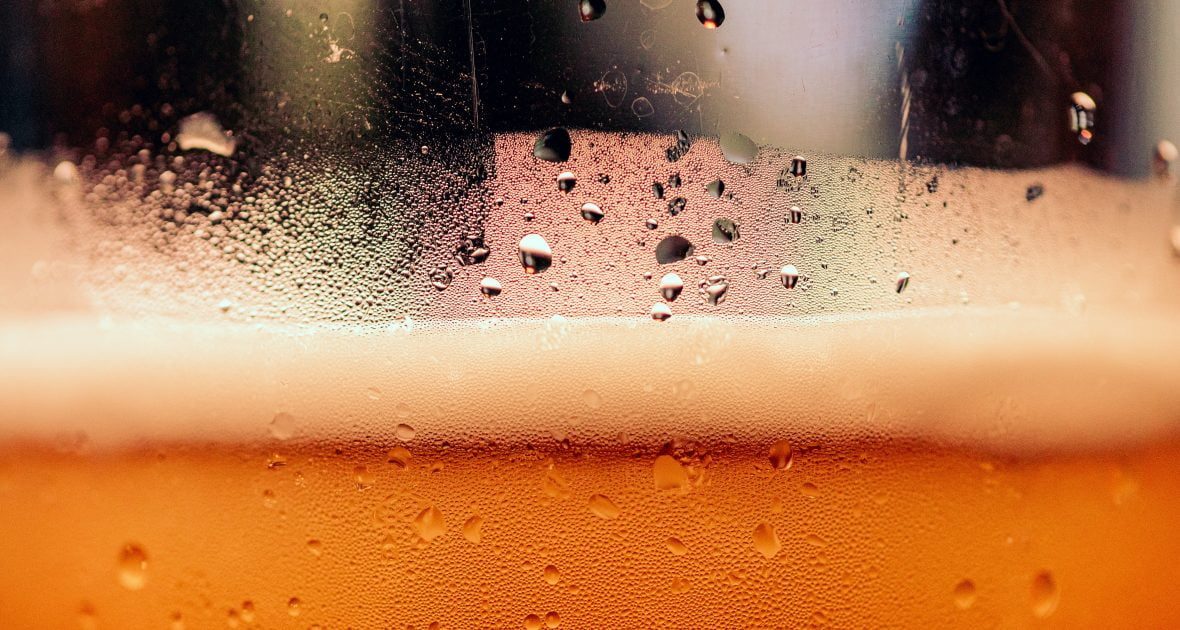 2020 sure was a doozy.  I could list all the reasons why, but I’m guessing that you are quite familiar.  Having normal life pulled out from underneath us was not something that (hardly) anyone could have predicted if asked just one year ago.  It’s been a tough adjustment for everyone.  Because life during a pandemic has cut down on our typically expansive freedoms, it’s been easy to feel stuck in a rut.  Maybe you have been stuck in a beer rut too–falling back on the comfortable and familiar over something new and unknown.  That’s perfectly okay!  BUT–it is a new year–and I know that everything didn’t just magically get better, but it does feel like we have a cleaner slate than before.  So now is a great time to mix it up a bit and go outside your comfort zone, maybe try a new beer style that you are unfamiliar with. Here are some situational recommendations to consider if you are feeling spontaneous.

A perfect introduction into the world of spontaneously fermented beers. Levi Funk of Funk Factory Geuzeria in Madison, Wisconsin has been leading a movement of traditionally-made lambic beer here in the Midwest. Producing beer in this fashion is extremely time consuming and filled with mystery. First, Funk Factory sources locally brewed turbid mash wort from a handful of breweries, then ferments it spontaneously in a coolship. The beer is then racked into french oak foeders, where it continues to ferment and develop. After many months or even years, the beer is blended (and sometimes re-fermented on fruit) before continuing to condition in the bottle. Meerts is considered the brewery’s session beer. Its name is actually a reference to the meerts/bière de mars style that is now nearly extinct in its home of Belgium and France. Meerts is made from the less sugar-concentrated, second runnings of wort. It ferments for a “short” three months in large oak foeders before conditioning in the bottle. Beautiful and delicate, it features prickly acidity, gentle carbonation and an enticing funk.

If you’re the type of beer drinker who enjoys amber ales, brown ales, or porters, try adding some yeast-driven flair with a Belgian brown or dubbel. McChouffe has a more robust body than LaChouffe but goes down just as easy with the help of candi sugar. Many Belgian brewers use candi sugar to add strength to their beers but increase their drinkability. Please note this doesn’t add sweetness! McChouffe has an aromatic character of clove, coriander, anise and dark fruit. On the palate it has a soothing combination of aniseed, licorice, toffee, and molasses. The finish has a balanced bitterness and tingle from the carbonation.

A regional specialty from Cologne, Germany. Kölsch was first produced as a reaction to the growing pilsner movement. Local ale breweries wanted to compete with pilsner and lager beer without completely losing their heritage. Kölsch is essentially an ale/lager hybrid, fermented with ale yeast at warmer temperatures then conditioned cold like a lager. Früh has a noble hop character similar to pilsner with floral and grassy notes, but is a tad more subdued. Its medium-light body shows hints of vanilla and a faint fruitiness from the ale yeast. Kölsch is a great style to mix it up with if you are stuck picking the same lagers.

Let’s just put it out there: hazy IPAs are awesome, but can sometimes get a little tiring. The style that has become a behemoth in today’s beer world is almost unrecognizable from the IPAs we grew up on. Sometimes I like to go back to my roots and pour myself an IPA that I can see through, something with a dank, piney citrus aroma and a whack of bitterness. This IPA does the trick. Freshly-lit herb aromas carry to the palate with hints of berry, citrus and pine. The base of pure, honest maltiness supports a firm bitterness that leaves you wanting more.

Hit stout season too hard and looking for a substitute?

Is your palate feeling a bit fatigued from dense, chocolate-y, roasty stouts but you are still craving a wintery beer? Give doppelbocks a try. Doppelbock, a “double bock”, is a strong dark lager from Germany that oozes maltiness but isn’t overly sweet. The style has been referred to as liquid bread because of its full character and ability to satiate fasting monks during lent. Ayinger has been brewing their doppelbock since 1878. Celebrator brings waves of toffee, caramel, coffee and dark fruit flavors. It is somewhat reminiscent of a tootsie roll. What a delight!