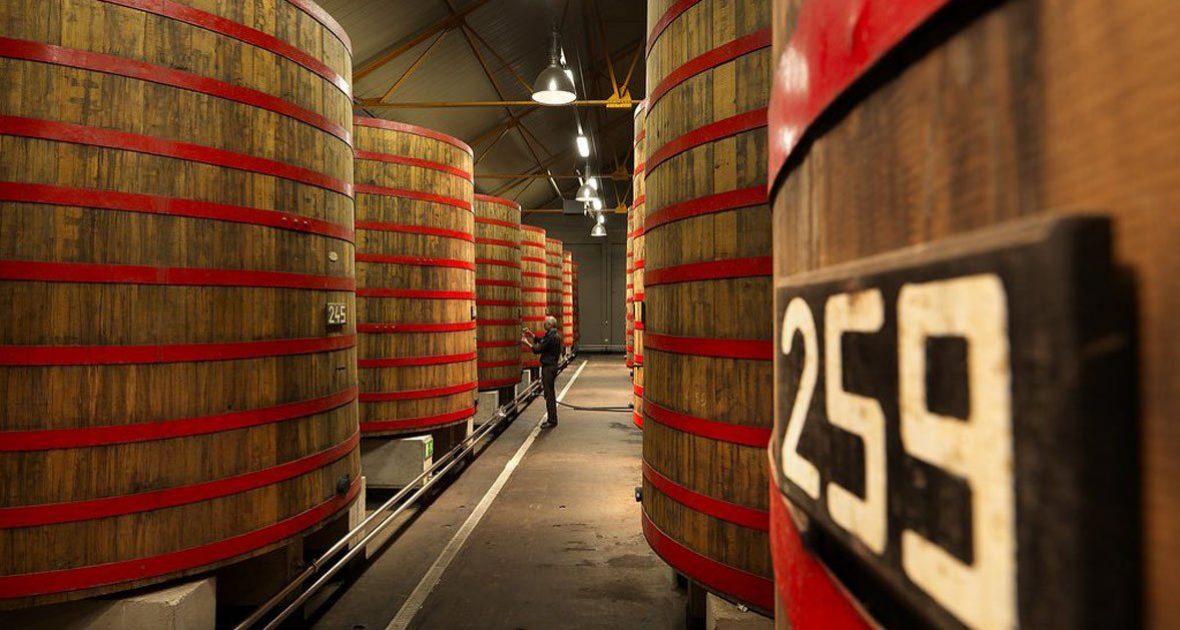 Rodenbach has returned to the Twin Cities market after a near two-year absence. A brewer of benchmark-quality sour red ales, they are a must-try for any beer aficionado.

There are limitless ways in which an aspiring craft beer connoisseur can find their curiosity for the hobby. Each person experiences their own, unique “Aha!” moment—it could be that bottle of Fat Tire from a neighbor’s BBQ back in the late 90s, perhaps a vase-shaped pour of Bavarian hefeweizen in a summery beer garden, or that first enlightening sip of Trappist ale from the shadowy corner of a Belgian beer bar. For many in the generation older than me, it was a pilgrimage to the Rockies for bottles of Coors Banquet and laying tracks in freshly fallen powder. For me, it was that first bottle of Surly Darkness shared amongst the company of my college roommates. Memories like these form an emotional bridge between a beer and an experience. Within the near-infinite expanse of beer, there lies a few unique, regional specialty beers that tend to evoke these sorts of experiences. One of these is Rodenbach.

The beers from Rodenbach are both strange and extraordinary; a flavor experience that is unexpected yet oddly satisfying. Their stable of brews is unquestionably the pride of West Flanders, a Dutch-speaking region of Belgium to the north of France. It is from this small region that their beer style gets its name—the Flanders, or Flemish, Red Ale—a specialty that has been brewed there since the Middle Ages. Rodenbach’s characteristic flavor comes from maturation in large oak vats called foeders, pronounced “foo-der.” Rodenbach has nearly three hundred of them, varying in size from 120 to 555 barrels. The staves of these foeders are home to an abundance of microorganisms that gently sour the maturing beer, adding a vinous-like quality.

Rodenbach’s base beer is brewed from a grist of pale and caramelized roasted malts, then hopped with aged hop pellets so as to minimize their flavor contribution. The wort is fermented with a mixed culture yeast and sent to lager in horizontal tanks for four weeks before being racked into the aforementioned foeders, where it will develop for up to two years. Using foeders to mature Rodenbach was perfected by Eugene Rodenbach, a grandson of brewery founder Pedro Rodenbach. His early studies of English brewing developed his skills in wood-aging, blending, and the acidification of beer—three core components of Rodenbach beer. Most all of the packaged brews are blends, with some exceptional foeders being bottled singularly. Though each beer differs in character, they all feature a mosaic of fruity complexity, sweet malt, oak structure, and pleasing tartness. 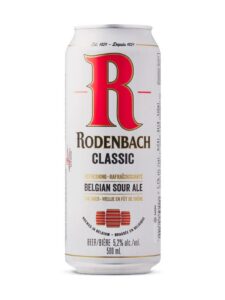 The youthful beer in Rodenbach’s lineup; Classic is a 3:1 blend of young to matured beer. The larger portion of young, un-soured beer contributes a notable freshness to the palate. Slightly vinous on the nose with cracker-y, caramelized malt and a medley of dark fruit notes end with a soft, apple cider vinegar-like tartness. 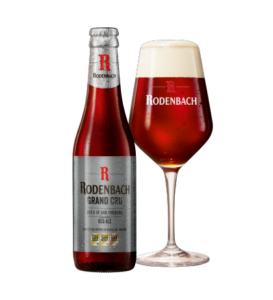 Grand Cru, French for “great growth”, is a term used in the wine world to classify certain vineyards as having the greatest potential to produce grapes and terroir of highly regarded quality. As such, this designation is not used lightly. Rodenbach Grand Cru, though a beer, showcases the qualities of a great wine. The 2:1 ratio of matured to young beer shows greater complexity and power. Aromas of dried, dark fruit and cherry tart accompany hints at the forthcoming acidity. The rounded palate features spicier oak, complex fruitiness, and a punchier lactic and acetic finish. 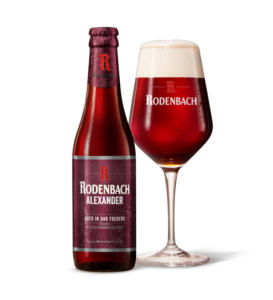 An homage to Alexander Rodenbach—co-founder of the Rodenbach brewery, parliament member, mayor, writer, and as a man who suffered blindness as a child, a lifetime advocate for blind and deaf Belgian people. Alexander is essentially Grand Cru that has been macerated with sour cherries, and this aroma leaps from the glass. Fresh fruitiness is balanced by softly sweet, caramelized malt notes and finishes with a lingering complexity akin to a fine Burgundian pinot noir.