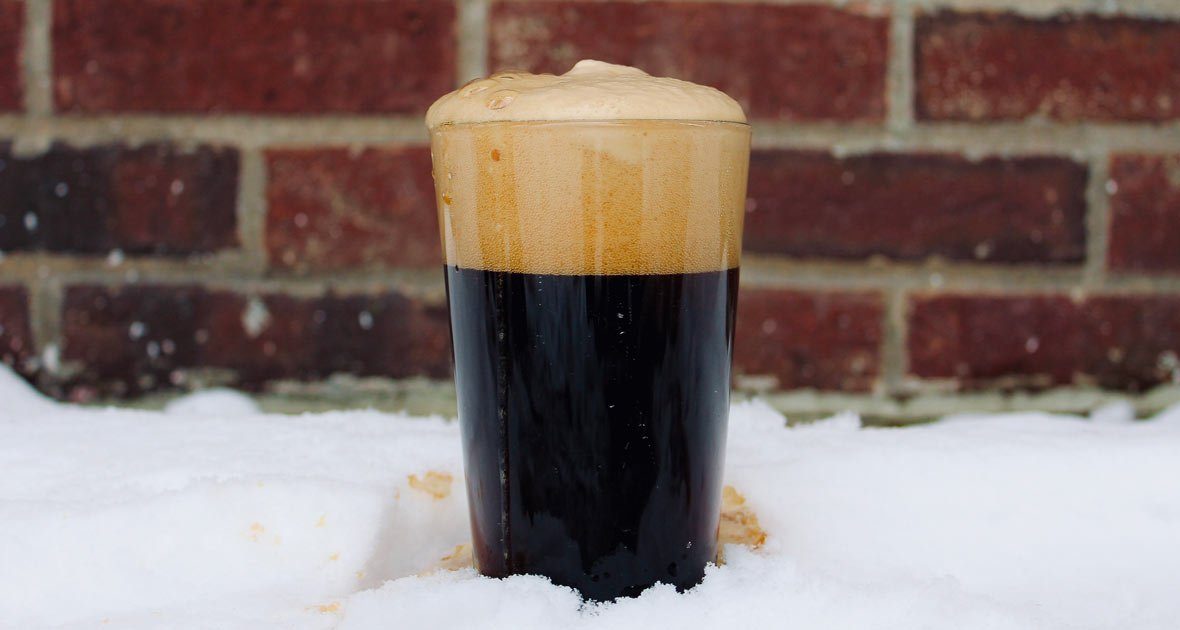 I’m calling it. Yes, it is unofficially the official start to stout season. This past weekend was one final hoorah of basking in the sun’s warmth, unburdened by layers of fleece and micro puff. But now, as we slip and slide into winter’s chilling grasp, like some sort of herd mentality it is the beer drinker’s natural instinct to reach for the dark beer in the fridge. Something comforting, warming, smooth. Something like an imperial stout. Have you tried one? These big, bold, unctuous concoctions that pour dark as a moonless night sky are the perfect evening beverage to cozy up with by the fireplace on a cold wintry evening.

Imperial stouts have become very popular seasonal offerings from American craft brewers since the style first really took off here in the early ‘90s. But they owe their heritage to the 18th century porter brewers in England, and a certain Russian empress. During this era the English were at the vanguard of dark beer brewing—brown ales, porters and “stout” porters were widely consumed in Britain’s pubs. Czarina Catherine the Great, the new leader of an expanding Russian empire, had reached a commercial treaty with the Brits in 1766. An unusual side effect of this agreement was Catherine’s development of taste for London stout.

Commerce between the countries was bolstered by regular shipments of “extra stout” porter from Henry Thrale’s brewery in Southwark to Catherine’s Russian imperial court. This sturdy, high-gravity brew likely reached around 12% abv and was well-hopped to balance the intense roasted malt character. Because of its relation to the imperial court, this style became known shortly thereafter as imperial stout.

While shipments to Russia and the Baltic region eventually diminished with world war, the style was kept alive by a handful of brewers in England and northern Europe. Its re-emergence to the mainstream came alongside the dawn of craft beer in America. Inspired by beers such as Samuel Smith’s Imperial Stout from Britain, early craft brewers like Sierra Nevada, North Coast and Bell’s (to name a few) began brewing their own Americanized version of the style. Generally higher in alcohol and hopped to a higher degree, these American imperial stouts were the foothold for what is now a widely popular craft beer style.

Today you can find almost any imaginable variation of the imperial stout style, ranging from purist brews that tip the cap to history to an everything-but-the-kitchen-sink approach. One thing for sure is that imperial stouts still offer some of the most complex, intriguing flavor profiles available in craft beer.

Very arguably the most popular imperial stout brewed in Minnesota. Drinking a snifter of Surly Darkness is like a rite of passage for any self-respecting Minnesota craft beer drinker. For many years the only way to obtain bottles was to attend Darkness Day or patiently wait for your liquor store’s small annual allocation. These days it is easier to find, but no less delicious. Bold,

roasted coffee and chocolate notes with an undercurrent of dark cherry and raisin and a decisively bitter finish.

A stout who’s numerous variants absolutely dominated Ratebeer and Beeradvocate top beer lists for years is still one of the best. Rich aromatic coffee notes from local roasters and intense waves of chocolate flavors are tempered by a smooth, creamy mouthfeel.

Like an iron fist in a velvet glove. Even More Jesus packs a prodigious punch of dark chocolate, coffee, dark fruit and muscovado sugar. The 12% abv is all too well-hidden, so be careful with the Jesus!

Is this list not long enough for you? Come ask a beer staff and we can show you tons of other great options for this style!