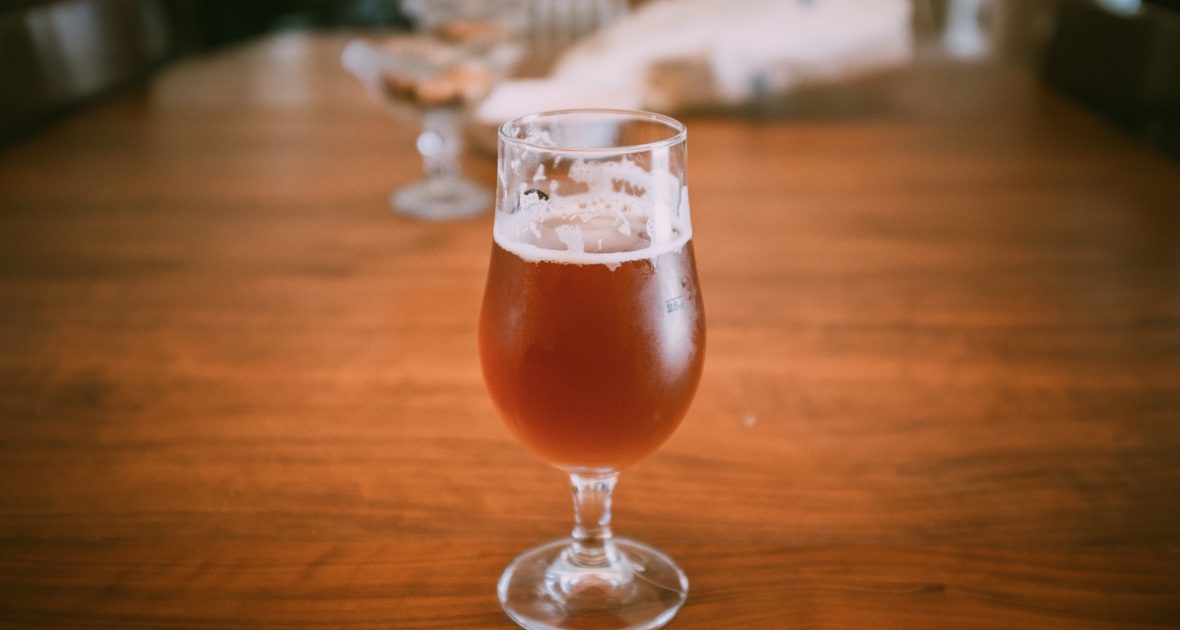 The Original Rauchbier of Bamberg

One of my favorite quips to describe the world of beer is that our only constant is change. In some ways this is true – a proliferation of advancement and excess has defined the last decade of craft beer – today we use terminology like triple dry-hopped, pastry and smoothie to define beer styles, something that would be considered ludicrous not long ago. In other ways it is false – the beer world is as the world itself, cycling through a sequence of predetermined seasons – winter-y stouts, spring maibocks, summer-y saisons, fall Oktoberfests. (In this analogy IPA and hard seltzer would be the sun and moon).

Each September that comes around, when it gets to beer blog time I think, “Oh boy, here we go… What am I going to say about Oktoberfest that I haven’t already said?” It feels like an obligation to acknowledge. Oktoberfest (or Wiesn) is, after all, the world’s largest folk festival – two full weeks of continuous celebration that annually draws millions of beer lovers from around the world. And it would have begun this Saturday.

But alas, in light of Munich again cancelling Oktoberfest celebrations for this year, it seems fitting that an Oktoberfest blog should be cancelled as well. So let’s break from the obvious cycle and shift focus to a compelling yet underappreciated beer style whose origin lies further north in Bavaria: the rauchbiers of Bamberg, Germany.

Enjoying a rauchbier gives the drinker a lens into the past. Until modern indirect kilning methods were developed over the 17th to 19th centuries, all malt was dried either by air or fire. Fire kilned malt, which existed for at least 5,000 years prior, inevitably contributed smoky aromas and flavors from combustion gases passing through the grain bed. One could presume that any beer brewed with kilned malt during those few thousand years would have a smoky note to it. So why doesn’t more smoked beer exist today? Simply put, it is more costly to produce. Advancements in indirect malt kilning were easier to scale to an industrial size and involved less variables. Just a handful of brewers worldwide have preserved the history of smoked malt.

Today, there are only two remaining traditional rauchbier producers in Bamberg. The Aecht Schlenkerla beers of Brauerei Heller-Trum are the most highly-regarded. Staunch in appearance with wide, cylindrical bottles like an upside down fermentation vessel, their parchment-inspired labels adorned with calligraphic font and red seal are both mysterious and foreboding. For many beer drinkers, popping the cap will be a dive into the unknown.

What’s in the name? In Frankish vernacular, aecht means “true” or “original” and schlenkerla – “the little dangler” – an endearing nickname for someone who does not walk quite straight. It is told that Andreas Graser, former brewery owner, sort of stumbled or shuffled as he walked – perhaps from an accident, or more likely a result of his frequent imbibing. Schlenkerla was firstly a name used by locals for the brewery’s timbered Medieval beer tavern, but it has grown to embody the entire operation.

The brewery now known as Aecht Schlenkerla has been producing beer in Bamberg since at least 1405. Today it is a 6th generation family run. They produce a small array of beers, mostly lagers, that feature varying degrees of smoky quality. What distinguishes Schlenkerla is that they malt all their barley in-house.

Producing rauchmalz of the highest quality takes great care. The barley kernels are steeped and germinated like other malts then gently kiln dried over an open fire to impart smokiness. Kilning can take up to two days, as the malt temperature must increase slowly, not exceed a temperature where important enzymes for fermentability begin to break down.

Only beech and oak hardwoods are used, as their lower resin content delivers a clean, balanced smoke profile. “Seasoning” or aging of the logs is important so the moisture content is ideal for smoking. As the smoke seeps through the grain bed, it slowly imparts itself through the husk into the endosperm. Important to note, the color of a smoked beer is not determined by its proportion of smoked malt. In fact, rauchmalz is rather pale in color. It is most often used as the base malt—the foundation of a beer—its main source of starches, proteins and enzymes. Color and added depth come from the addition of caramelized and roasted malts.

Interestingly enough, the yeast also plays a significant role in contributing smokiness to Schlenkerla beer. Yeast that has fermented a wort containing smoked malt will actually harbor these attributes and impart them into a new batch when re-pitched. Although the Schlenkerla Helles Lager uses no rauchmalz, its yeast sends a glance of smoke across the nostrils, quickly perceived on the palate before dissipating into a pure, smooth maltiness that German brewers behave perfected.

For me, fall is the perfect time to enjoy a rauchbier. Like the fire they were born from – upon first spark the smoke is deliberate, but as the flames crackle a malty balance is achieved. The trailing sips, like glimmering coals, the softest of crescendos.

Aecht Schlenkerla Märzen – $4.99/500ml | The original specialty of Bamberg brewed in the Märzen-style of lager.

Aecht Schlenkerla Helles (currently out of stock, check back later this fall!) | A quaffing lager that features the most subtle smokiness of Schlenkerla offerings.