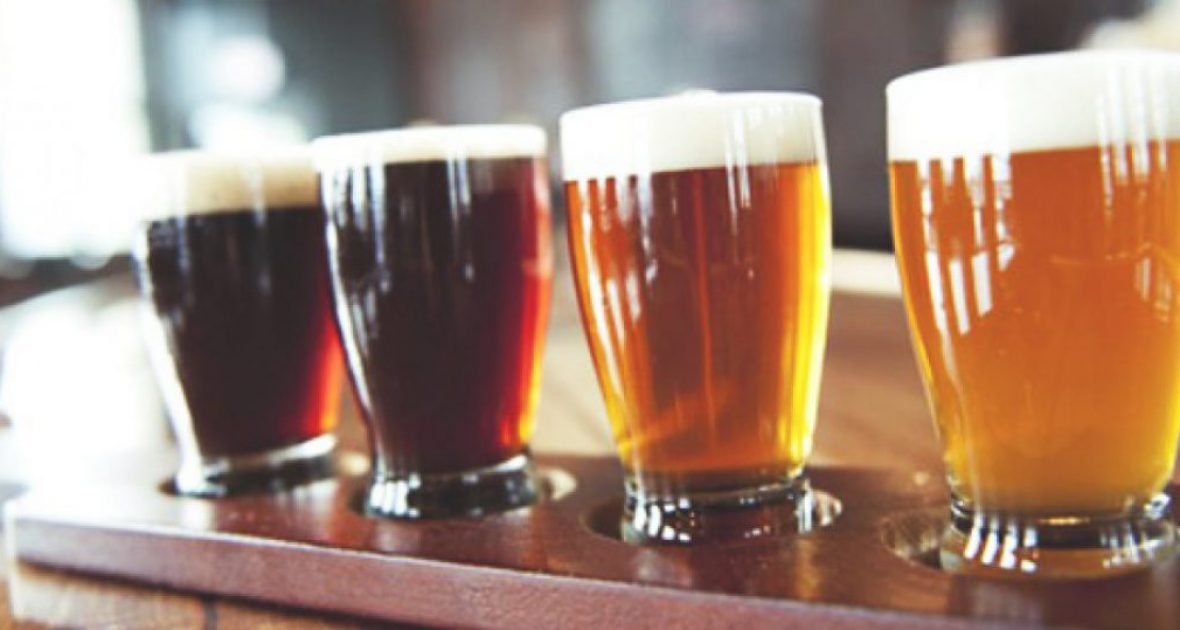 As we transition into 2017, there’s no better chance to reflect on how far craft beer has come, or where it is headed. Like most of the nation, Minnesota’s beer business is booming, with nearly 150 active breweries. Over the last five years beer production by volume has doubled. This rapid growth can be mostly attributed to a handful of breweries that opened between five and ten years ago, who are now in full stride, only slowed by supply, not demand. What breweries will you be seeing a lot more of in 2017 and beyond? Here are a few of our predictions.

Able was founded less than two short years ago by a group of friends with aspirations of building things together by hand. In an age where people live with all the comforts brought by technology, they wanted to remind us all that we are Able. After setting up shop in a former GE light bulb factory, Able has been quick to pounce with a selection of beers on draft and two flagships beers packaged in cans. You may notice the word ‘Seedhouse’ in the title; the brewery has aspirations to one day perform all the malting necessary for their brewery operations in-house, a sort of farm-to-brewery business plan. Able has been forging relationships with local farmers to acquire small batches of grain, grown for flavor, not yield. Modern malting can be a complex process that is typically performed in large facilities with advanced technology. Able is planning to show that high-grade malt can be produced on a small scale. We look forward to seeing what’s on tap from this rising star in 2017!

Modist has flipped an old Morton’s salt factory into a gleaming, industrial space that features futuristic equipment capable of brewing categorically unique beer. What separates Modist from every other craft brewer in the US is how they separate wort from spent grain. Modist purchased a customized mash filter that acts similar to a French press, replacing the need for a lauter tun, which acts like a pour-over coffee filter. Why does this matter? There are a few benefits. Modist can utilize grain flour, which would otherwise clog conventional lauter tuns.  They can create beers that feature any grain in any ratio. Wheat, rye, oats, etc could all potentially serve as the base grain for a beer. A mash filter vastly improves their brewhouse efficiency, allowing them to brew the same batch as a traditional brewhouse, but requiring less hops, malt, and water. Because of their unique approach, Modist’s beers don’t fit into BJCP style guidelines. Come grab a Crowler from the France 44 specialty cooler and prepare yourself for an imaginative tasting experience!

Sisyphus, the man damned to push a rock up a hill for all of perpetuity. It sounds like an existence engulfed by struggles. But you won’t struggle to realize why this brewery has a bright future ahead. Brewer, co-founder and comedian, Sam Harriman, was a philosophy major as an undergrad, and found resonance with the myth. As part of the human condition, we all find ourselves in similar struggles. How do you create meaning with what’s in front of you? Brewing quality beer is one way to create opportunity. Batches have always been small, so the beer rarely makes it out of the taproom. Times they are a changin’ though. This week Sisyphus released their first bottled product:

*** Not only does Sisyphus pour a good pint, they double as one of the premier comedy venues in town. Check online for a list of upcoming acts and information on amateur night.***