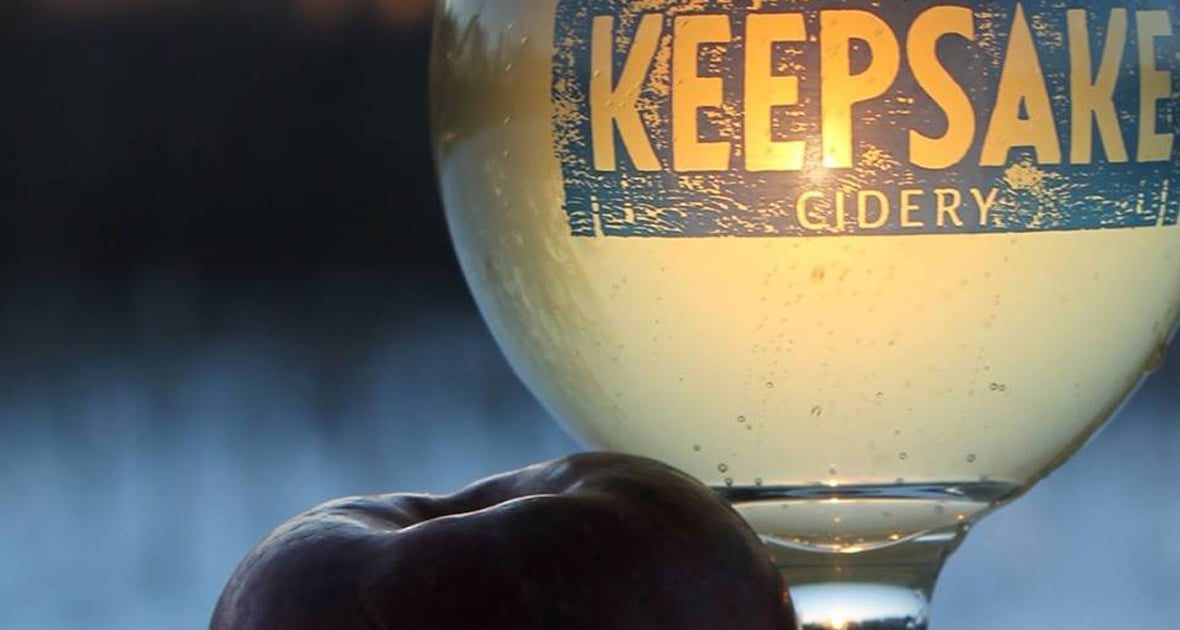 Despite not cracking the nation’s top ten apple-producing states, Minnesota is well-recognized in the culinary apple world. Much of this is due to the University of Minnesota’s Horticultural Research Center, whose apple breeding and cultivation program led to the creation of the Honeycrisp® in 1991, which was first sold to consumers in 1997. Since then, the creation of Zestar!®, SweeTango® and most recently First Kiss® have brought some excitement to annual fall apple harvests. But what about heirloom cider apple varieties?

Traditional cider apples differ greatly from the sweet, crisp culinary apples that are found in the grocery store’s produce section. If you were to bite into an heirloom cider apple, you might question what exactly you put in your mouth. Heirloom apples have sugar, yes, but this can be accompanied with bitter, earthy tannin, gripping acidity, and barnyard funk. However unpleasant an eating experience, apples like these can be crafted into beautifully delicate hard ciders. A few dedicated local cider makers are hoping you’ll try for yourself.

Keepsake Cidery is nestled into the countryside off the western banks of the Cannon River in the sleepy, southwestern community of Dundas, MN. Co-founders Nate Watters and Tracy Jonkman planted their first orchard here in 2014. Comprised of many heirloom varietals and a few dessert, the orchard is somewhat an experiment to determine what traditional cider apples can thrive in our northerly climate. Heirloom apple trees can take years to become fully fruit-bearing mature trees, meaning this orchard is still in its youth. To supplement their own apple production, Nate and Tracy work with other local heirloom apple growers from the southern Minnesota river valleys.

Keepsake’s traditional method of cider production involves quality apples, native wild yeast, hard work, and most importantly, time. They were the first cidery in Minnesota to make wild-fermented cider. What is that and why is it important? Wild fermentations are those which begin from natural ambient yeast present in the environment, not from pitching a domesticated yeast strain. Native yeast that resides on the apple skins of  begins working on the apple sugars, leading to long, slow fermentations that can take months. Heirloom bittersweet, bittersharp, and crab apple varieties will produce flavors and aromas that convey the land and the growing season. Keepsake is not interested in providing a homogenous product. They prefer to let the apples speak.

Fermented from crab and dessert apples with native yeast. Bottled when the residual sugar is just right, so that the active yeast can naturally condition the cider for a delicate, inviting carbonation. Notes of wild flora and tart tropical fruit, this is one elegant cider.

Formerly known as Woodskeep Cider—the term “medium” is adopted from English cider makers and refers to a cider that is neither dry or sweet. Wild fermented cider is back-sweetened with unfermented cider after aging for 8 months. Notes of honey, stone fruit and ripe apples. Complex, but very approachable.

Wild fermented dessert apple cider is aged for a year in stainless steel and then aged with locally-sourced black currants and aronia berries. It is then back-sweetened with fresh cider, creating an off-dry cider that smells and tastes of wild-picked berries and apples.