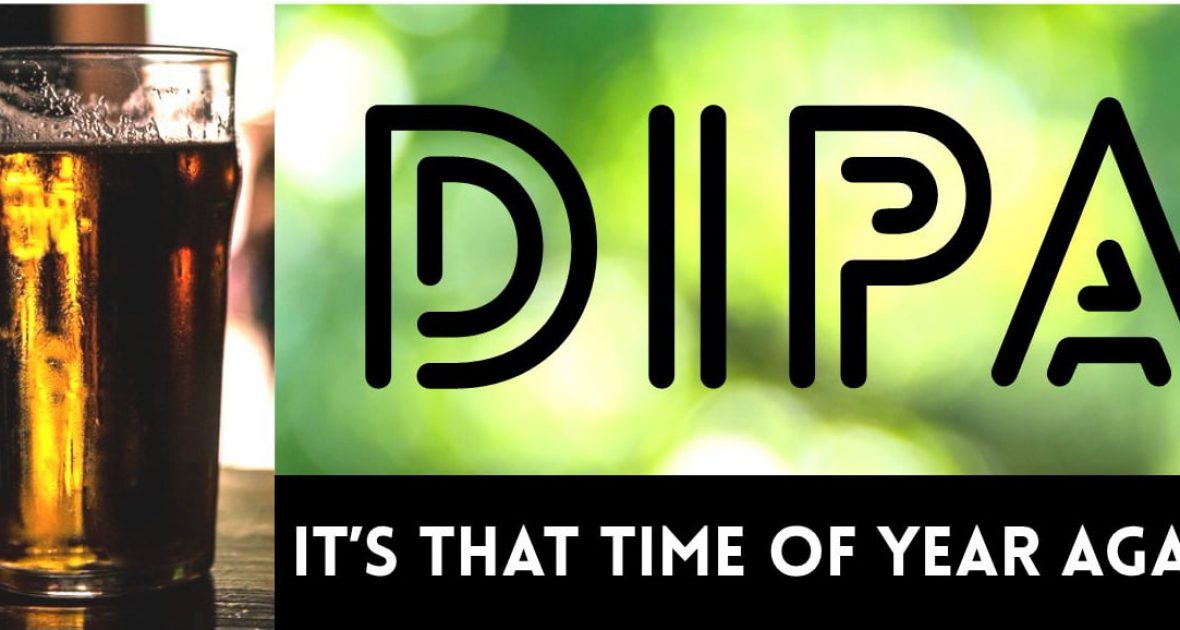 It’s That Time of Year Again…

… She muttered, hand outstretched towards the towering stack of pea-green boxes. “Maybe I should get a few.” The basket at her side was becoming tougher to cradle as these familiar rectangular blocks were stacked towards the brim. What initially felt like a short distance to the cash register became an arduous journey while hoisting this heaping mound of hoppy nectar. “We need help with a carry out at Register 1”, the cashier spoke into their walkie-talkie, acknowledging that this was feat enough to carry such a haul this far. “It only comes but once a year, get it while you can.”

The beer? Bell’s Hopslam Ale, an iconic Double India Pale Ale from Bell’s Brewery that only pokes its head out once a year in late January and early February. The release of this pungently aromatic hop-bomb is a precursor to the unofficial season of Double IPAs. What is that you ask? A Double (Imperial) IPA can be thought of as an IPA jacked up on steroids. Brewers up the malt bill, turning more fermentable sugars into a higher alcohol brew. Naturally, they balance this malt by adding whopping hop additions, steering the beer towards tongue buckling bitterness and intensely aromatic hop notes.

The Double IPA is a liquid display of what it means to be American. Loose style guidelines allow brewers to exert creativity and excess. West Coast brewers of the 1990s advanced the style to household beer-name territory amidst a race to claim themselves the kings of hoppiness. Today, we see a great influx of these palate-wrecking brews during the first quarter of each year. And there’s no better time! We’ve had our share of dark, wintry stouts, but the weather is still cold enough to warrant the warming embrace of a big hoppy hug. If you enjoy something with a little kick and a whole lot of bitter, Double IPAs are calling your name. Check these France 44 favorites out while you still can!

Well if the boot fits! 11% ABV and 111 IBUs. This beast is the big brother of Size 7, and flaunts notes of honeydew, guava, and grapefruit. One truly delicious palate bruiser.

Hop Bullet is on the receiving end of a double-barreled blast of Magnum hops and lupulin dust. This trendy new concentrated hop powder emphasizes notes of sweet citrus and dank pine resin.