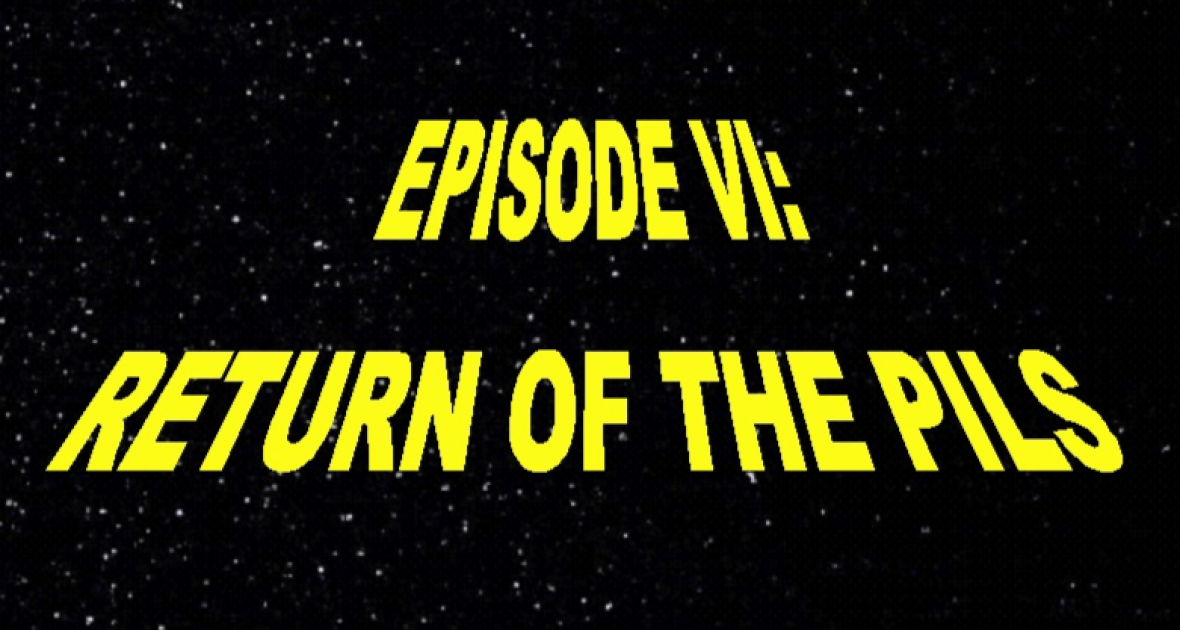 Return of the Pils

A short time ago in a galaxy not so far, far away…

Luke Skybrewer has returned to his home planet of Earth in an attempt to rescue his favorite style, Pilsner, from the clutches of the vile gangster Jabba the HuttWeiser.

Little does Luke know that the Galactic Macro-Empire has secretly begun construction on a new armored marketing campaign even more powerful than the dreaded “Most Interesting Man in the World.”

When completed, this ultimate weapon will spell certain doom for the small band of craft brewers struggling to restore freedom to the galaxy…

Pilsner: the template for the most consumed style of beer in the world, it has become near synonymous with lager, and most current industrial examples lack any resemblance to the original. What is to become of the dwindling few of authentic but battle-scarred pilsners? Let’s wind the clock back a bit.

In the mid-19th century, Bohemian brewers were searching for a way to recreate a Bavarian-style lager in their hometown of Plzeň. The result was revolutionary. Czech ingredients proved to be the defining character of the crisp, honey-hued beer that poured forth. Locally grown Saaz hops contributed a spicy, grass-like aroma and soft, seamless bitterness. Moravian barley lent a lightly sweet graham-cracker like malt character to balance. And the biggest influence – the soft, sandstone-filtered Plzeň water – allowed the ingredients to speak. People were infatuated by its sharp, crisp taste and pillowy head of foam.

Though the Czechs can take the creative credit, there are three distinct variations of this hop-forward lager style. The original Czech pilsner has a deeper hue, with softer sweetish maltiness and a floral, grassy aromatic presence. German pilseners are more highly-attenuated (dry), earthy, with a more aggressive hoppy bitterness derived from a differing variety of hop selections. After these are the international pilsners, a category that encapsulates the macro-production pilsners we are familiar with today, ex. Heineken, Stella Artois. These beers offer a touch more sweetness and less substantial hop character for the sake of agreeability. Then there are adjunct lagers marketing themselves as pilsners, we’ll just skip that subject.

Over the last few decades, Pilsner has been a benchwarmer beer-style for craft brewers. Already comprising most of the world’s homogenized beer production, who needs yet one more Pils? It is a quaffing beer, not one on which craft brewing reputations are typically built. This once golden child of the brewing world has taken a long ride in the back seat…

Hush, did you hear that? There is change in the winds, my friends. From what I see as a reaction to the brazen, over-amped flavors of countless new releases, some craft brewers are pioneering the return of the Pils. Fruit-infused, hazy IPAs and barrel-aged stouts may be grabbing headlines, but a remarkable pilsner can be the unbreakable foundation upon which breweries stand the test of time. The popularity of juicy hop flavor and massive vanilla-laden oak may wax and wane, but pilsner is forever. Crisp, clean, and invigorating on the palate, with distinct noble hop character and delicate malt balance, pilsner is bringing fame back to lagers.

Try a few of our France 44 favorites: