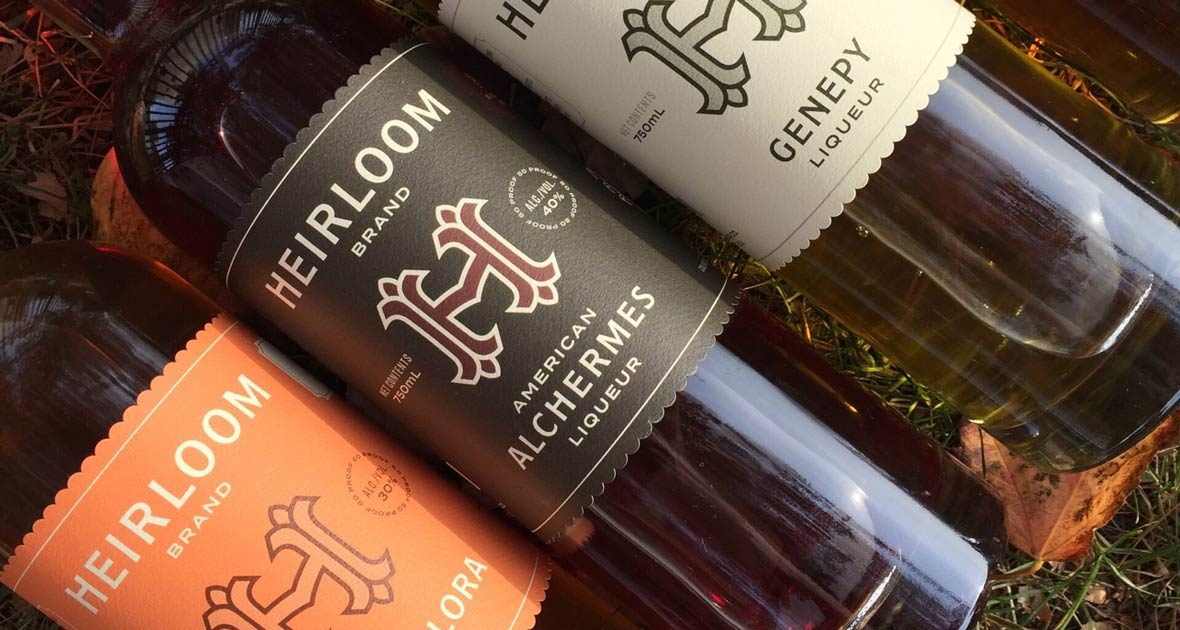 These products have been a long time coming: the people who brought you Bittercube Bitters now have their own lineup of liqueurs. Heirloom Liqueurs are the brainchild of founders Nick Kosevich and Ira Koplowitz who have created a series of bitter liqueurs to spark your imagination. Although their bitters are made in Milwaukee, their new spirits are made right here in Minneapolis at Lawless Distilling. Focusing on different bitter and floral recipes hard to find, they have taken production into their own hands to bring them to you. They have made the first ever American Genepy , a beautiful Crème De Flora, a heartily spiced red aperitivo called Alchermes, and the oddest and most delicious of them all, a Pineapple Amaro. They have officially hit the shelves this week and will be showcased on our bar this Friday, and we’re here to lay each of them out for you!

Genepy is an herbal liqueur traditionally made by gathering herbs and spices from the alpine regions of Europe. Very similar to a Chartreuse and in the same vein of absinthe (using wormwood and herbs in that family), made to be drank by itself as a digestif, with soda water, and in cocktails that call for similar bitter liqueurs (like above). This is the first true Genepy to be made stateside, showing a great balance of herbaceous bitterness, intense florality, and a sweetness to keep it in check.

A Pineapple Amaro, the first of its kind. Predominantly made from Victorian Pineapples, Jamaican Quassia Bark (much akin to quinine, the bittering agent in tonic water), and other herbs and spices, this Amaro is both light and fruity and herbaceous and bitter. This Amaro is great neat as a digestivo and in a plethora of cocktails that call for different fruits that could use a pineapple spin. We can’t wait to use it as a tonic to add to soda water and gin in a pineapple-esque gin and tonic. The possibilities are endless with this one.

Alchermes is a potion dating back to the 8th century, known for its medicinal purposes and named after the bug used for coloring the concoction named Kermes, now known as Cochineal. The closest contemporary is probably Campari, but Alchermes is filled with heartier spices such as cinnamon and cardamom. Alchermes is best as an aperitivo, in a spritz, or a negroni-perfect for the warm weather.

Heirloom Crème De Flora is bursting with sweet florals including lavender tea, chamomile, marigold, rose, and jasmine. Their Flora can be substituted in many cocktails but really shines in champagne cocktails and aviations. Try it in anything that uses St. Germain as a substitute for a different spin!

We are very excited to have these products join the France 44 family. Come in and try them this weekend!