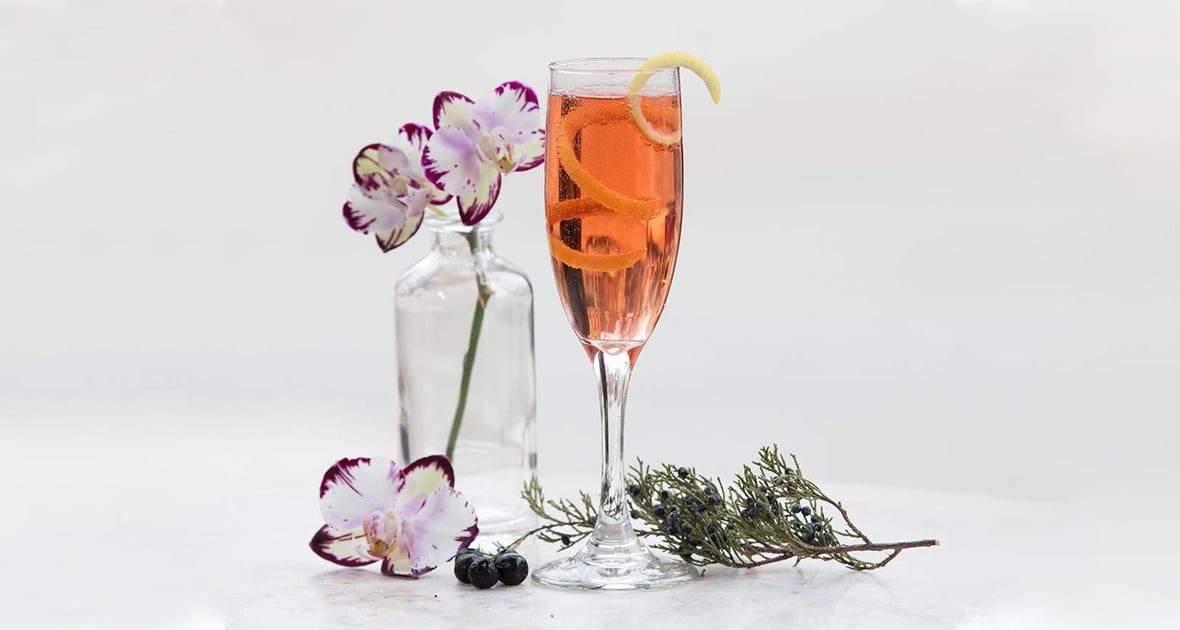 An “apologue” is a moral fable; a small, pleasant story with lots of allegorical details and easy-to-digest ideas. Its purpose is not to lay down bitter truths or dive into complicated abstraction, but to provide a sort of moral refreshment—a delicious, well-composed bit of intellectual stimulation that makes a point.

“Moral Refreshment” is the perfect way to describe the new line of oh-so-cleverly named Apologue Liqueurs we’ve begun carrying at France 44. Based out of Chicago, Apologue is the brainchild of three veterans of the local cocktail scene: Robby Haynes, Jordan Tepper and Ziyad Asrar. They’ve embarked on an ambitious project to craft fruit- and herb-based liqueurs in Chicago using local botanicals and ingredients—no sourcing strange roots from far-off locales or importing bulk extracts of fruit essence. With an emphasis towards sourcing their ingredients from local farms (including urban farming projects in Chicago) and a commitment to supporting local community-based organizations, Apologue is striving to be more than just a regional liquor producer and is currently pursuing the ambitious goal of becoming a Certified B Corporation.

But what do they taste like? Again, Apologue chose its name remarkably well. These are not the dark, brooding Amari from a few weeks back, nor are they as punchy or aggressive as Italian aperitivos like Campari. Despite taking inspiration from European styles of herbal liqueurs, Apologue’s three bottlings are remarkably Midwestern in their own soft-spoken, friendly way.

Apologue’s Aronia is a beautifully fruity, floral concoction. Its centerpiece is the explosive, brambly red-fruit flavors of the aronia berry, or chokeberry (the name it held until market-savvy producers decided to re-brand it in 2014). Apologue sources its aronia berries from Coldbrook Farm in Kankakee County, IL, one of the first farms to commercially grow the fruit, which, despite being native to the upper Midwest, was relatively obscure until recently (factory farming hasn’t been kind to it). This liqueur is probably the sweetest and least bitter out of the Apologue line-up, and it makes a gorgeous spritz on its own with club soda. Adding a dash of tequila would not be out of place, either.

The Persimmon is the closest Apologue gets to imitating an Italian aperitivo like Campari or Aperol. Here, the bold, bitter notes of gentian root are obvious from the first sip, and carry through to a long, spice-driven finish. Persimmon fruit, hibiscus flower, and bitter orange peel drive this liqueur—with the persimmon adding a warm, intriguingly spice-forward note not usually found in bitter orange liqueurs like Campari. The obvious move here is to substitute this in a Negroni for a lighter, less bitter spin on the cocktail that would be perfect for summer barbeques. For parties, try it in a punch with spicy ginger beer, fresh-squeezed lemon, and rye whiskey.

Last, but certainly not least, is Apologue’s most unusual offering: Celery Root. Based primarily on celery root grown locally by Growing Solutions Farm, this is a distinctly savory liqueur—unlike anything else we have available at France 44. In their bartending days, Apologue’s founders were disappointed by the lack of savory liqueurs available in the market to complement the growing market share of more umami-forward spirits like mezcal and earthier gins. Their answer is this bottle, a vegetal, spice-driven spirit that balances its green celery notes with warming tones of anise and fennel. For a one-of-a-kind spin on a martini, try it mixed with an earth-driven gin like Dampfwerk.

Get your Moral Refreshment on at France 44 this summer, starting with Apologue liqueurs. You’ll be a better person for it.