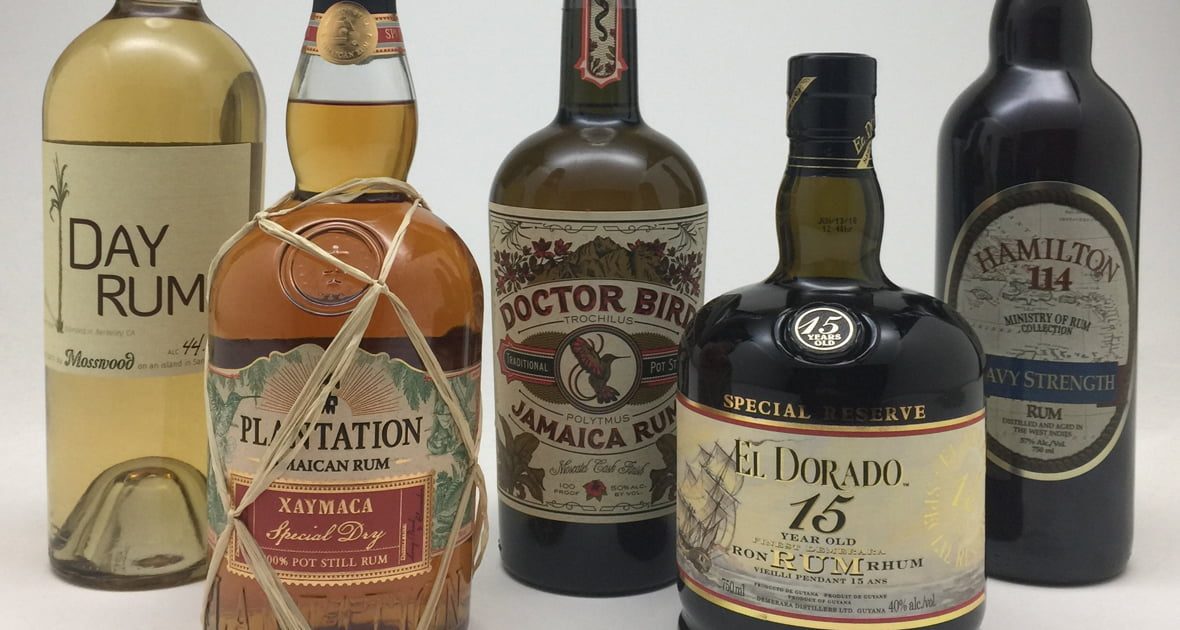 The Wild, Wonderful World of Rum

Poor rum. Misunderstood, barely regulated, and—even in this very late hour of the “cocktail renaissance”—still hardly present on the home bar of many an experienced tippler. Like sherry, German beer, or Jim Henson’s Labyrinthe, rum just never really became “cool…” which isn’t to say it isn’t adored by many. Just as sherry has made its way into canned cocktails and Labyrinthe still plays for devoted fans at the Riverview, rum nerds are hiding amongst us in plain sight: look no further than Hola Arepa’s amazingly niche selection for proof.

Luckily for the nerds—and you—rum’s lack of popularity has made it a criminally-good value. No other category of spirits shows such a wide diversity of high-quality expressions at such low price points. At France 44, our rum section is absolutely brimming with bottles waiting to be discovered by curious palates. Read about some of them, new and old, below, and, if you find yourself with a couple quarter-filled bottles at the end of your three-hour-tour, don’t be afraid to make some Frankenrum!

This take on a light rum from Mosswood, a new(ish) craft distiller in San Francisco, is a masterclass in the potential for light rum—a category that is, sadly, dominated domestically by the bland “white rums” most often found in rail drinks. This blend of Puerto Rican and Floridian rums yields a fresh, smooth light rum that brings some unexpected elegance to the average rum and tonic. Mosswood’s background as a whiskey producer comes to bear here, as well, with this rum being brought to proof in wine, bourbon, and neutral barrels that add an extra degree of depth.

The Plantation rums are an outgrowth of Maison Ferrand–a Cognac producer that has become known in bartender circles for a number of niche liqueurs they produce, including a very old-school Curacao. Each rum in their line is sourced from a mix of distillers across the Carribbean, which are then blended together in France. Their “Xaymaca” Special Dry Rum is a treasure—a true Jamaican, pot-still rum that shows, with admirable restraint, some of the beautifully funky notes rums from this region can take on. This particular bottling jumps out of the glass with notes of caramelized banana and roasted pineapple. Try it on the rocks or dashed into an old-fashioned for a dose of crème brulee flavor!

Bottles like this are what rum-dreams are made of. In Scotch, bourbon, or even rye, an age-statement of 15 years would drive your bottle price over $100 faster than you could say Bacardi. This beautiful expression of dark Guyanese rum stays at half that price, while over-delivering on flavor. Ripe papaya, roasted banana, dulce de leche, and smoky cedarwood notes envelope you while dwelling on this perfect cool-weather sipper. With the complexity of an Islay scotch and the smoothness of a Kentucky bourbon, this bottle exemplifies the kind of ridiculously-good-value that defines rum-drinking.

Some rums have elegance, some rums have richness, and some rums have hogo. What is hogo, you might ask? Once upon a time, long before Bacardi, the finest rums were prized for their Haut Goût (literally “high taste” in French)—a funky, gamey flavor that’s similar to overripe fruit. No other rum on our shelves shows this characteristic as well as Doctor Bird—a Jamaican rum that is blended from a variety of distillers on the island, and then finished in Moscatel barrels by Two James distillery in Detroit, MI. Add a dash to your favorite Tiki drink or use it in a simple daiquiri for an in-your-nose-and-out-of-this-world flavor experience.

The self-appointed “Minister of Rum,” Ed Hamilton has been sailing the Caribbean in his sloop, the Triton, for the last twenty-plus years, gathering rum along the way and, fairly recently, bottling his favorites under his own label. His Navy Strength rum is the stuff of legends, designed to mimic the high-proof (at least 57% ABV, to ensure gunpowder accidentally doused with it could still catch fire) juice given to British sailors onboard Navy vessels. It’s a burly spirit for a rough-and-tumble age of drinking, but, with a bit of lime and sugar, it becomes a surprisingly nimble drink. Mixing it 1:2 with a lighter, softer rum can add a punchy kick of booze and darker, riper flavor to your favorite sipping rum.