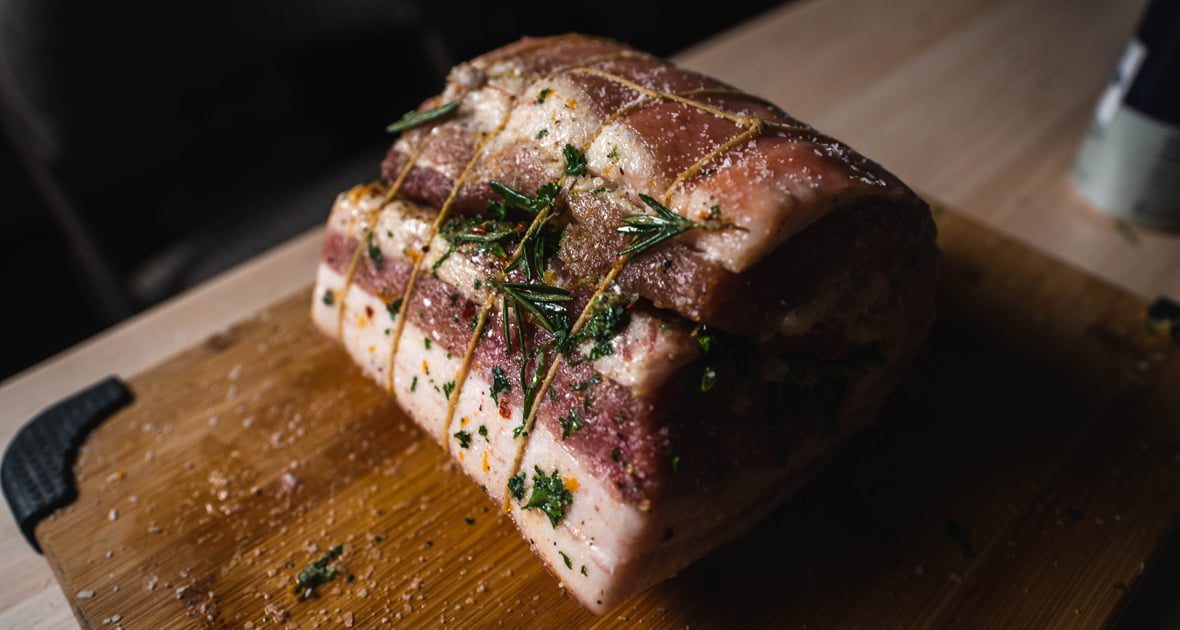 It’s no accident that I work in a butcher shop. I grew up in a family that loved to cook and eat delicious food—especially meat. My parents did a good job of playing the hits with the dinnertime favorites, and then mixing in some new dishes. Pork chops were in the rotation, but I have to admit that I never really looked forward to them.

Whether it was what we were buying, or how we were preparing it, or both, I don’t know. We would do the shake-and-bake and into-the-oven thing with them. The breading was never great, the meat was always dry, and frankly—there was always something sort of off-putting about the flavor of the fat.

After graduating college, I worked as a cheesemonger and went to grad school for creative writing. I wasn’t rolling in the dough so much as I was rolling the dough out myself and eating at home. I kept trying with the pork chops. I was highly motivated: pork chops were cheap, they were meat, and you could fry them—that was all stuff I liked. I must have tried dozens of times, and yet I never really fell in love with the results.

The crash course in meat that came with working at a butcher shop was transformative in this regard. I learned that although there are dozens of breeds of pig out there, only 3 are commonly found in most grocery stores. Those breeds are selected and bred based on how quickly they mature, how easy they are to raise, and how much they conform with the industry’s “other white meat” messaging. Flavor is not a primary factor, relative to the other economic incentives.

In many ways, the story of pork in the 20th century reflects many of the other trends that were happening contemporarily, mainly the big one: the relentless consolidation and accumulation of capital, at the expense of every other meaningful factor. For instance: flavor. For instance: the environment. For instance: animal welfare. Human health. The economic viability of small farms.

When I tell you that my first heritage breed pork chop changed my life, I am being as sincere as I know how to be. Everybody in the meat shop has heard me say this millions of times, but the fat tasted like buttered popcorn. The meat tasted more like steak than it did any pork chop I’d eaten before—rich, juicy, and satisfying. This. This was the pork chop that I didn’t know I’d been waiting for.

Eric at Pork and Plants raises his animals and grows his crops with great care. Nothing about what he does is profit-first. Instead, he aims to be as good a steward of his land and animals as he can, and trust that the money will come. The results bear out the process; this is incredible, qualitatively different meat. It’s why we’re so enthusiastic about it, and why we’re so desperate for you to try this pork.

For the chops, you don’t need to brine them or bread them or marinate them overnight. A little salt and pepper is just fine. Sear them off, about four minutes each side on the stove or the grill. Cook them indirect for another 4 minutes, either in the oven or on the cooler side of the grill, until an instant-read thermometer reads 130. Let them rest another 4 minutes before serving. You want that meat to be pink, and the fat to be soft, and you’ll want to at least take a bite of that fat. You might feel like your life has changed, too