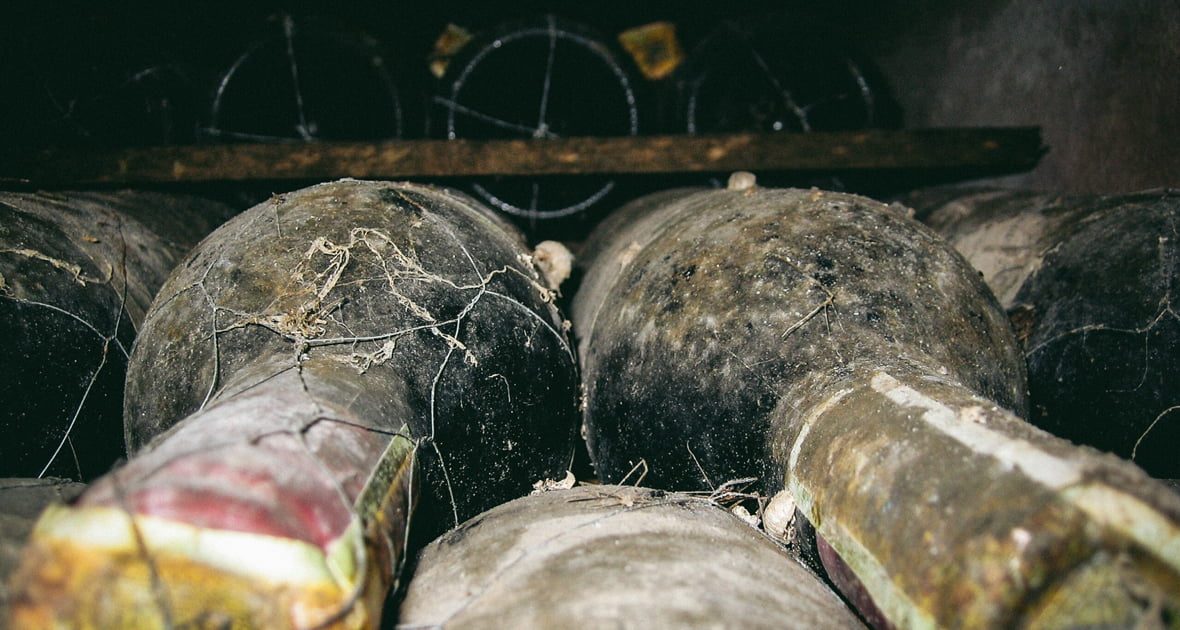 How Long Will This Last?

Some questions that unite the news-reader and the wine-lover:

Wines, like humans, are alive. They react to their environment, change over time, and, with improper care, can turn sour. And, like many of us Minnesotans, wine can stay fairly content if it just lives in a dark, cool place with little interference from the outside world.

However, wines can’t spend their whole lives in the dark. They’ve got to be opened! They have to see the light, face the world, interact with other beings! And once this process has begun, they also have to be protected—for too much time in contact with the open air and the outside world will, inevitably, wreck a wine. Like many of us overexposed to the news cycle of 2019, a wine overexposed to air (specifically, to oxygen) will turn nasty, bitter, and cynical—no one will want to spend time with it!

At France 44, we’re doing our best to solve both problems. The answer to the human question is slightly more difficult to find, though we think we’re on the right track with community engagement, neighborhood happy-hours, and contented employees! The wine question, however, has found an elegant, simple solution—the RePour!

Some of you might be familiar with wine-preservation systems like the Vacu Vin and the CoraVin. The aim of these devices is to keep oxygen out of your bottle of wine, either by pumping it out or replacing it with an inert gas, respectively. While the CoraVin remains the industry standard for sampling a bottle of wine that you hope to keep sealed for a while longer, its price is well beyond what the casual wine-drinker often is looking for. The RePour Wine Saver has emerged as one of the best possible solutions for preserving a recently-opened bottle of wine. Shaped like rubber bottle-stopper, the RePour’s active ingredient neutralizes the oxygen in one 750ml bottle of wine—eliminating the oxygen from the air inside the bottle and keeping your wine fresh until you’ve emptied the bottle. When the bottle is finished, the RePour is done, too, and can be recycled alongside your glass bottles!

An open bottle of red wine, if re-corked and placed in the fridge, will only last for about three to four days, and even then, the flavor will usually have changed significantly. Whites will spoil even quicker, and when you are like me—a wine lover living alone who buys too many bottles because he’s reading the as-previously-mentioned-news too much—you probably find that getting through those mounting half-bottles is difficult. I’ve found that the RePour can keep bottles fresh for over a week that usually spoil in a quarter of the time. For example, a bottle of Clos de Roilette, a vibrantly fruity, fresh Beaujolais, spent a week sitting half-full in my liquor cabinet with a RePour in it. Seven days after I had first opened it, the wine was just as vivacious as it had been on the first sip.

Of course, choosing the right wine-preserver cures the symptoms of oxidization, but it doesn’t solve the underlying problem of wine spoiling in contact with oxygen. Luckily, not all wines are oxygen-phobic! For those looking for a more antiquated solution to their wine-preservation woes, the fortified wine section beckons! Wines like oloroso and amontillado sherry are already exposed to oxygen during fermentation, which gives them their nutty, toffee-like flavor. Take a bottle of Maestro Sierra Amontillado or Colosia Oloroso home and watch as these magically study wines hold up for weeks in your fridge. Going one step further, you could invest in a bottle of madeira like the Blandy’s 10-Year Sercial—a wine that has not only been exposed to oxygen, but also to extreme heat, making it essentially indestructible. Sure, it might cost $30-ish today, but you can be drinking the same bottle for the next 30 years with no changes at all.

Finally, for an ancient solution to overexposed wine, check out the “orange” wines (white wines that have had extensive skin-contact) in our new Georgian wine section. A bottle like the Tchotiashvili Mtsvane Amber will go and go for almost a week, developing in beautiful, unexpected ways as it spends time in touch with the air. Actually, with a winemaking culture stretching back two-thousand years and a geopolitical situation that’s been topsy-turvy since paleolithic times, it might make sense to start asking some Georgians for advice about the overexposed-people problem, too.