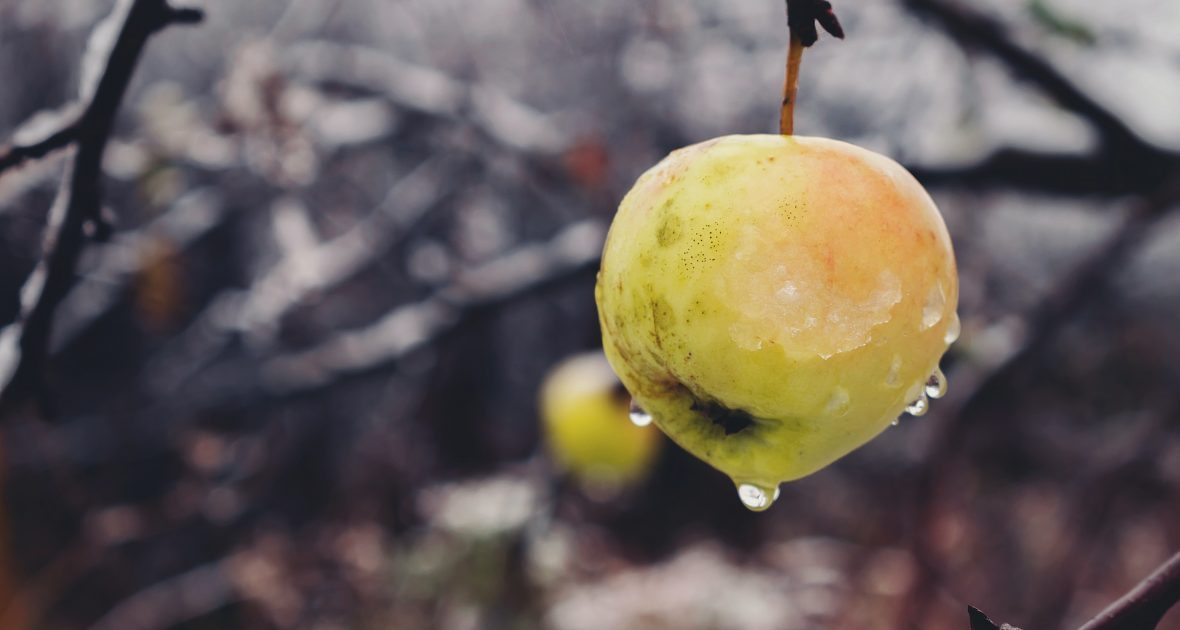 France is back with a not-new invention

Will it ever stop? Yo, I don’t know

Reach the right Brix and it flows

Alright, my apologies, I got carried away. It’s easy to do with something so delicious yet so underappreciated. Some of you are probably wondering, what on earth is ice cider?

Ice cider is basically a big sibling of hard apple cider; a dessert-style cider made in similar fashion to—you guessed it—ice wine! Like ice wine production, quality ice cider production only works in cold climate regions that are suitable for apple growing. There are two processes used to concentrate apple sugars for the production of ice cider: cryoconcentration and cryoextraction. While the latter method is much less common, it is the original production method. Christian Barthomeuf, a Quebecois winemaker, created the first ice cider in 1989 mimicking the production process of German eiswein.

Doing it the hard way, through cryoextraction, meant leaving the apples on the tree well into the frigid winter, drying up their water content and freezing them in the process. Separation of the water and juice thus happens inside the fruit itself. When the frozen apples reach the proper maturity, they are pressed and the resulting concentrate is frozen once more, resulting in a rich sugary nectar that will undergo a long, slow fermentation. Because this method involves much uncertainty, high costs and low yields, most cider makers produce ice cider opt for the other method.

Most modern ice cider is made through the process of cryoconcentration; harvesting apples at peak autumn maturity, storing them cold, pressing in early winter and then storing the juice outdoors in the cold. The sugary must is separated from the frozen ice crystals and then undergoes a long, slow fermentation. The ice cider may be aged in oak barrels to add further dimension. These ciders are best enjoyed slowly to revel in the unexpected, pure complexity that apples can offer—juicy sweetness, surprising tartness and delicate notes of spice.

Made with Minnesota grown heirloom apples and freezing cold Minnesota weather. Pressed juice is left out in below-freezing temperatures. The juice endures multiple freeze and thaw cycles, being brought into the cider house as an ice cube during the last freeze. Juice is separated from the water during the melt and then goes into a lengthy fermentation. Notes of apple butter, baked apple, nuts and popping acidity. Some cider is bottled straight; some gets put in barrels. The Oak-Aged version rested in Minnesotan oak barrels from the local Black Swan Cooperage, picking up woodsy vanillin notes. The Rye-Aged version rested in Far North Spirits Rye Whiskey barrels for nine months, contributing a distinct spicy quality.