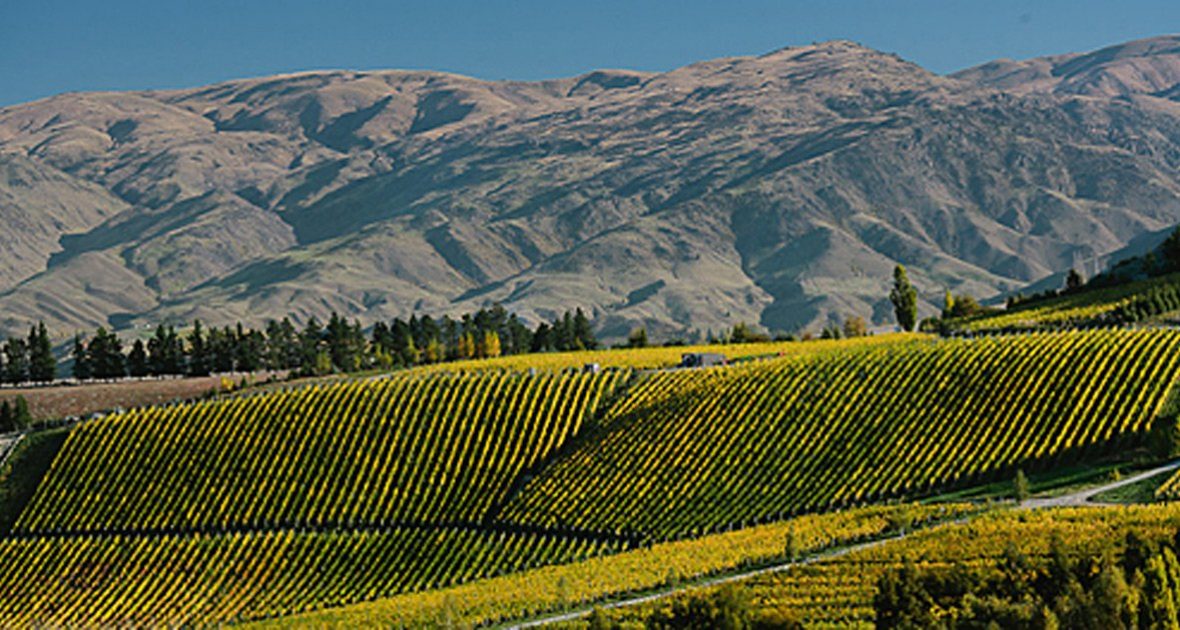 Pinot Noir might be second only to Cabernet Sauvignon as the most recognizable red wine grape in the world. At its most basic, it gives us gentle and easygoing fruitiness, a soft-textured body, and goes just as well without food as it does with virtually any dish you can make. It’s a pretty friendly wine for beginning wine drinkers to start off with, but has no problem growing in complexity as you become a more experienced wine lover.

And while this finicky grape can be hard to grow and difficult to make into high-quality wine depending on where it’s grown, it’s also one of the most revered grapes on the planet for its transparency: more than almost any other grape, it has the ability to pick up the nuances and subtleties of the soil, climate, and winemaking decisions surrounding it. The marginal climate and complex soil types of Burgundy give us Pinot Noir that’s long-lived, earthy, and multi-layered; Sonoma’s agreeable warmth and gentle ocean influence produce Pinot Noir with juicy texture and bright fruit flavors; and Oregon’s distinctive soils and cool climate birth Pinots with pine, cola, volcanic mineral notes and a subtle wildness that can’t be found elsewhere.

But there’s one other place that has—rather shockingly—become a newly adopted home for this much-beloved grape: New Zealand. While the world is well-familiar with Marlborough (located on New Zealand’s South Island) and its citrusy, grassy Sauvignon Blancs, it wasn’t until the late 1990s that Pinot Noir emerged as the red grape of choice—especially in the region of Central Otago (which we’ll become more familiar with shortly).

So what does New Zealand have to offer Pinot lovers that hasn’t already been found elsewhere in the world? For starters, the influences of the Tasman Sea and Southern Alps mountain range create a winegrowing environment wholly unique in the wine world, creating a ‘push-and-pull’ effect from cooling sea breezes, high rainfall, brilliantly bright sunshine, and an amalgam of soil types from the geological formation of New Zealand 540 million years ago due to volcanic activity and plate tectonics. What does New Zealand Pinot Noir taste like? It lacks the mushroomy, forest-floor earthiness that Burgundy often gives, but has a brilliance of red and black fruit often found in Oregon and California. Generally lighter in body than California’s Pinots yet never lacking in concentration of flavor, these wines can perhaps straddle several different styles of Pinot Noir from around the world. Many are spice-driven with cola notes and a slight woodsy character, and retain a refreshingly high level of acidity to balance out the ripe fruit flavors.

Unfortunately in the past, Americans haven’t been privy to the best examples of New Zealand Pinot Noir—there’s simply not enough to be exported and frankly, most of it is consumed in New Zealand! The little that is sent our way is delicious but can sometimes be pricey. Thankfully, we’ve been building up a small but mighty collection of examples from three different regions, with the most recent addition being Californian winemaker Ted Lemon’s cool-kid project called Burn Cottage.

To be clear, Ted Lemon isn’t exactly the dictionary definition of a ‘cool kid’—just his wines are. Ted’s a farmer who wears flannel shirts Carhartt jackets and walks around with a pitchfork. He was trained in Dijon, France and was the first American to ever hold a head winemaking position in Burgundy (Domaine Guy Roulot in Meursault). Today he and his wife make wine mainly in California at their biodynamic property called Littorai Wines, but he’s also the winemaker for Burn Cottage Vineyard in Central Otago, owned by the gregarious Marquis Sauvage. Central Otago is located on a high plateau on the southern part of New Zealand’s South Island and is known for producing full-bodied, concentrated wines helped along by the intense sunlight in the region. Central Otago is the most southern winemaking region in the world and is actually located right below a very thin place in the earth’s ozone layer, resulting in blindingly bright sunshine to help ripen the grapes (but also resulting in the need for extra SPF for residents and visitors to Central Otago). Lemon’s Pinot Noirs are graceful and lithe, with perfectly ripe red fruit, gentle cinnamon and clove notes in the background, and a vibrancy that’s undeniable in the lengthy finish. While this isn’t an entry-level priced wine, it’s definitely one of the purest and most elegant expressions of Pinot Noir from anywhere in the world and in my opinion, absolutely worth the splurge.

This gorgeous Pinot hails from slightly farther north and west on the South Island than Central Otago. Mt. Beautiful is located in North Canterbury, almost directly on the coast and on the northern fringe of the Canterbury wine region. Pinot Noir is what winemaker David Teece hangs his hat on—it’s unabashedly his favorite grape and, he says, the grape that best characterizes what New Zealand’s climate and soil are capable of. If you’re an economist the name David Teece may sound familiar to you: he’s one of the most famous and most highly published economists in the world, being named one of the world’s Top 50 Business Intellectuals. He also makes a mighty fine Pinot Noir: slightly darker fruited than Burn Cottage, it’s tinged with violets, black cherries, and bramble, all framed within a subtle yet firm tannic structure.

Our last Pinot Noir is from still farther north, although still on the South Island. Located in Marlborough’s Waihopai Valley, The Ned is one of Marlborough’s famous peaks at an elevation of 840 meters. This is a perfect introductory bottle to the style of Pinot Noir found in New Zealand—robust and fruit-driven, with suggestions of dried herbs and hearty but pliable tannins. Marlborough is by far the most important wine region in New Zealand, producing 2/3 of the entire country’s wine, but the 1,500 hectares of Pinot Noir plantings are eclipsed by the 21,000 hectares of Sauvignon Blanc. Produced by Marisco Vineyards, The Ned Pinot Noir makes for an approachable and easy-to-understand bottling of the unique personality of New Zealand Pinot Noir.