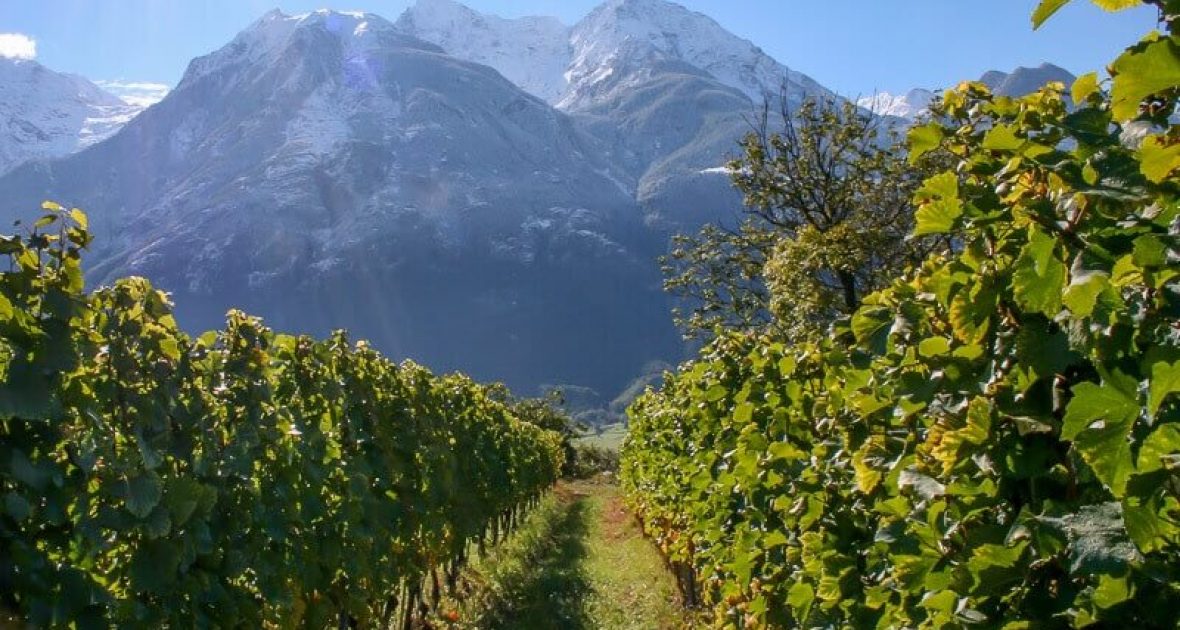 It’s that time of year where the change of seasons begins, and you start to feel that slump into comfortability. Admittedly, I’ve been guilty the past few weeks (months? What even is time anymore) of sticking to those wines that I just know I love. I’ve had them a million times, they’re tried and true, and I don’t feel like thinking too hard about what to buy. Enter one of our lovely wine reps at Libation Project to get me out of that slump with a grape that I’ve read about once or twice, but never had the opportunity to taste, and wow. My eyes have been opened, and I’m excited to egg other people into trying it, too!

The grape is called Petite Arvine, and it checks all of the boxes. It’s crisp and refreshing, still bright enough to not be a full-on switch from the high acid, mouth puckering whites that we all crave in the heat of the summer. At the same time, it has an incredible, rich ripeness of fruit and a creaminess to the mouthfeel that makes you think, “Okay, maybe I am alright with the impending cooler weather… Sweater weather isn’t so bad.” And there’s a reason that this gem of a wine has been hiding from us all for so long.

The grape is really just starting to come into itself as far as reputation goes. Prior to the 1990s, it wasn’t really grown much besides in the Valais region of Switzerland or in the Valle d’Aosta. And while historically it has had success within Valais, it’s Valle d’Aosta’s dry renditions that seem to be getting the attention more recently, particularly with the Grosjean family. Part of the reason that this grape might be considered a more “modern” phenomenon is due to the fact that it’s had a bit of a rocky history since its last heyday in the 1800’s.

As with so many of our favorite grapes, we can chalk this up to the arrival of Phylloxera (the pesky vine louse that almost entirely upended the global wine industry in the late 1800’s), combined with the destruction from both World Wars. As a result of this and more, the size of vineyards, and with it the number of plantings of grapes in general, in Valle d’Aosta shrunk from over 3,000 hectares in 1800, down to a mere 635 hectares, making Valle d’Aosta the smallest region within Italy when it comes to wine production – a true underdog. Within that area, Petite Arvine is only planted in about 20 hectares of the region.

Within such a small appellation, you can imagine that there isn’t a huge population of people, never mind of people making wine. The dozen or so wineries that exist in this tiny valley remain small, family run operations, which means they’re not pumping out mass amounts of wine. Instead, almost all of the juice made here is consumed locally by the community. While the downfall of this is that we don’t get the joy of drinking it all that often, the bonus is that most of these producers are more or less making the wine they want to make, and not catering it to the tastes of the larger, global population. The result is that these are wines that really speak to their locale of origin. Particularly, with a grape like Petite Arvine, this is important. It’s incredibly finicky and requires very specific conditions, and in fact is called “The Diva Grape” by many the because of its fussy nature. But what requires so much attention and work, yields a beautiful product.

Grosjean first planted Petite Arvine in their vineyards in the 1980’s, and made the switch to organic farming in 2011. These days, they own just two hectares of Petite Arvine vines, producing roughly 15,000 bottles per year. Being in a mountain region, the slopes here are intense, with inclination at 70% in these vineyards. Considering these conditions, the family has had to take a lot of care in establishing terraces to keep vines from, literally, falling off of a mountain. Additionally, vines must be tended to by hand, since mechanization isn’t possible on slopes of these levels. Remember what I said about hard work?

Because Petite Arvine ripens late in the season, they’re picked about a month later than other varieties grown in the same area, which you might argue helps lend some of the richness of fruit in the wines. Really, it’s the wildly bright and stunning sunshine in the region that helps to lend those juicier tropical fruit notes of pineapple and melon. That said, the aforementioned high altitudes help to keep these zinging with acidity. Grosjean ages the wines in partial stainless steel and neutral oak, an effort to preserve the beautiful blossoming aromas in the wine. It certainly checks all the boxes: Complex and full of fruit and aromatics? Check. Steely minerality and full of acid (hint: that means food friendly)? Check. Small, passionate producer making wine with the environment in mind? Check.

So, if you haven’t realized by now, it’s Grosjean’s 2019 bottling of Petite Arvine — newly stocked on our shelves — that I’m so eager for, and it really is one of the most delicious things I’ve tasted in some time. I’m incredibly lucky that I have people walking into my place of work to enlighten me on things like this, but since not everyone has that person in their life, I’m here to be yours. Please, do yourself a favor and go pick up a bottle soon. It won’t disappoint!