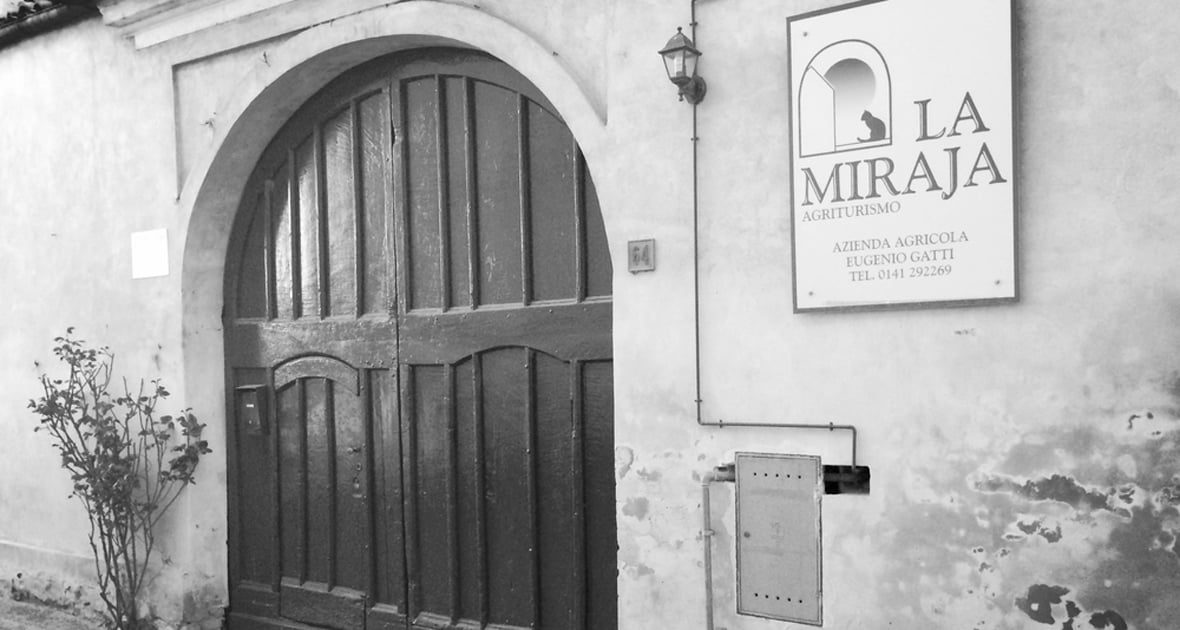 The La Miraja wine estate is located in an 11th century castle of Castagnole Monferrato, in the region of Piedmont, Italy. This castle’s armory was repurposed as a cellar in the 1400’s. This historical locale is where you will find the seventh generation viticulturist, Eugenio Gatti. Each year he produces a miniscule 840 cases of unbelievable wine. According to our very own Cheese Monger-in-Chief, Benjamin, their egg pasta and black truffle lunch is similarly delicious.

This idyllic wine estate is off the beaten path and produces some of the lesser known wine gems of the region. We are fortunate enough to be able to carry three of these wines, including: ‘Le Mashche’ Barbera d’Asti, Ruche’ di Castagnole Monferrato, and ‘La Ribota’ Vino Aromatizzato Alla China.

In Piedmont, Ruche still sits in the shadow of the more well-known grape Nebbiolo. It only received the coveted DOCG status in 2010. Its lack of recognizability makes it an excellent value wine. Until recently, these wines rarely made it out of the region.

The wine comes from the oldest Ruche vineyards in Castagnole Monferrato, which Eugenio personally oversees. It deftly balances flavors of berries, spice, and rose petal.

This 100 percent Barbera comes entirely from estate vineyards. It spends 12 months in oak (about 20% of which is new).

It offers vibrant aromatics with notes of red fruit and a hint of spice. The palate has excellent structure while maintaining elegance.

Only 600 bottles of this fortified/aromatized wine are produced each year, making it extremely limited. Eugenio uses a secret family recipe to aromatize a neutral grain spirit, which is then added to the still Ruche wine.

The aromatics of the wine include: wormwood, China bark (a native tree in Southeast Asia), cardamom seed, cinnamon, orange peel, and various other herbs and spices. It is unbelievable in a Manhattan!