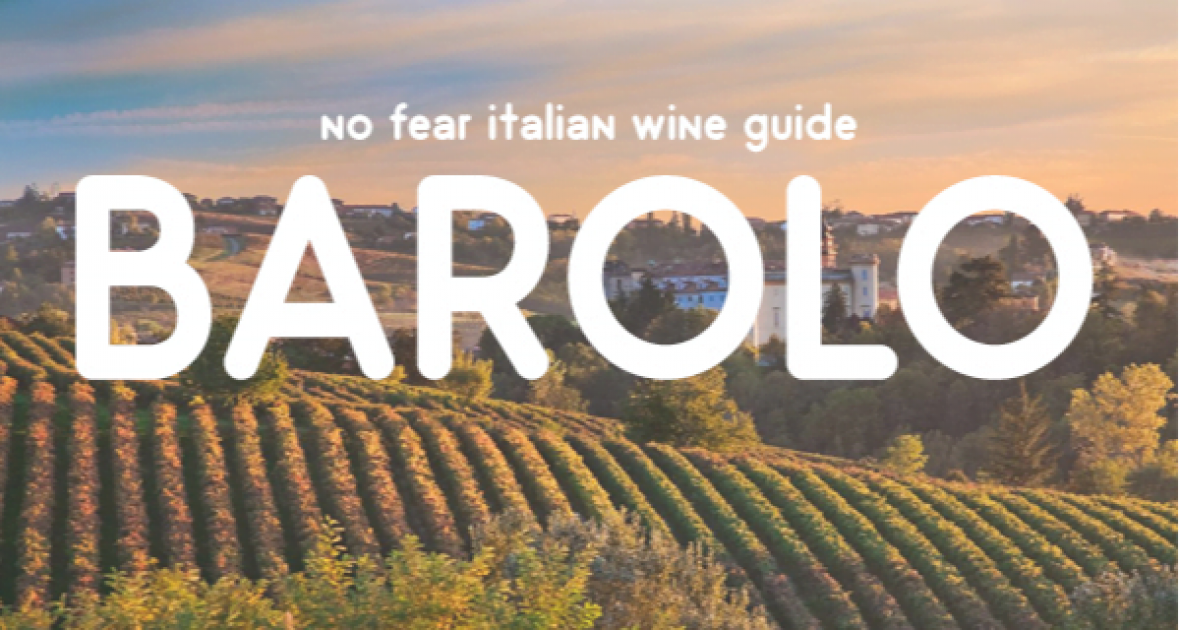 Italy, apparently, loves “B” names: Barbera, Brunello, Barbaresco… and Barolo, one of the most famous and beloved wines in all of Italy. The Barolos of today are powerful, burly red wines packed with flavor and structure, and command premium prices across the board—even the entry-level ones. But while a great Barolo can draw impressive murmurs from your dinner party, it’s not necessarily what we seek out for everyday occasions. Read on as we break Barolo down piece by piece to understand why it’s priced the way it is, when and how to enjoy it, and the ongoing afflictions between generations in this tiny part of the wine world.

The Nuts and Bolts of Barolo

Barolo is a village located in the region of Piedmont in northwest Italy, and only grapes grown within the boundaries of Barolo can be used in Barolo wine. Barolo will always be made from 100% Nebbiolo grapes—a dark, thin-skinned red grape that packs a punch with its high natural tannins, acidity, and alcohol. Because of these important components, Nebbiolo can be pushed in a lot of different directions; and like Pinot Noir, it takes on the character of the vintage and the place it’s grown very easily. Barolo will appear in your glass as light-colored and delicate, but don’t be fooled: one sip of a young Barolo will leave you peeling your lips off your gums! Although many consumers prefer to drink Barolo in their youth and at the height of their power and muscle, these grippy tannins will subside with cellaring over years or even decades. Well-aged Barolo will take on beautifully developed aromas of forest floor, dried rose petals, and a softly musky scent that makes many aficionados go weak at the knees.

The region of Barolo is full of gently rolling hills that vary in elevation, aspect to the sun, and soil type—all factors that contribute to how the Nebbiolo of each microclimate ripens and develops. Because of this, many winemakers choose to blend lots of Nebbiolo from different sites in order to gain a more complete expression of Barolo rather than just one single vineyard. Nebbiolo is usually grown higher up on slopes, while Dolcetto and Barbera are planted further down.

According to Italian law, Barolo has to be aged 38 months before it’s released to market—and 18 of those months have to be spent in barrels. All that barrel time further contributes to the wine’s tannic structure, but it also gives the wine extra stuffing to last far beyond most other wines—sometimes by many decades. For this reason, Barolo has come to be known as one of the world’s great “cellar wines” that you can set away to mark special anniversaries or occasions.

Like any other part of the wine world, Barolo has gone through many growing pains in the last decade or so. The “traditionalist” approach—the way Barolo was made a few generations ago—employs a long, slow vinification, followed by an elongated time in huge, ancient casks. These wines would normally be ready to drink about a decade or more after they entered the market—definitely a waiting man’s game! The younger generations have sought after other methods, including a shorter maceration time, the use of smaller and newer barrels (called barriques), and a fruitier, softer style of Nebbiolo. And of course, there are producers who are solidly on the fence between these two battling sides. There’s no “winning” side in this battle—as famed wine writer Hugh Johnson puts it, “No one is right, and only those who decide to ignore the unique qualities of this grape and this place would be wrong.”

Because of Barolo’s big tannins, it loves fat-rich foods like beef tenderloin, braised duck, ragu, or prosciutto. You could also pair it along dishes smothered in a béchamel sauce, creamy cheeses, or any number of hearty veggie dishes if you want to accentuate  Nebbiolo’s herbal, earthy side.

Fail-Proof Pairing: The Meat Shop is featuring gorgeously rich New York Strip Steaks this weekend. The thick, fatty cap on this cut of beef makes the tannins of the G D Vajra “Albe” Barolo melt in your mouth!

Vajra’s “Albe” is a perfect introduction to Barolo because it employs younger vines and the mínimum amount of barrel aging in order to give a fruitier, softer side of Barolo that is meant to be enjoyed in its youth rather than a decade down the road.

“Cannubi” is one of Barolo’s 11 communes, and thus this bottling by Francesco Rinaldi can be considered a “single vineyard” Barolo. Sweet, yet firm, tannins wrap around a core of ripe red cherry, mint, pine, cedar, tobacco, and white pepper. This Barolo is meant for the long haul, but can also be enjoyed now.

Nino Negri “Quadrio” Valtellina, $19.99: Barolo isn’t the only place Nebbiolo is grown! Valtellina is nestled far up north in Lombardy (just east of Piedmont), in the foothills of the Alps. This “mountain Nebbiolo” is considerably lighter-bodied than Barolo, but with no less aromatics and character. Soft, open and silky, this wine has notes of crushed flowers, tobacco and red stone fruits that are laced together nicely with a bright core of acidity.

Vietti “Perbacco” Langhe Nebbiolo, $28.99: This gorgeous Nebbiolo comes from vineyards outside of the Barolo confines, so therefore doesn’t have the Barolo price tag either. Coming from vines with an average of 35 years old, it is aged for 4 months in barriques (small barrels) followed by another 20 months in big casks. Generous fruit melds with menthol and spices, and the palate is at once powerful and elegant. This is a perfect bottle for those who want a version of a “baby Barolo”!

Vajra Barolo Bricco delle Viole 2003, $59.99: There aren’t many bottles with greater value in the store right now than this 2003 single-vineyard Barolo from G D Vajra. The experience this aged wine will give you far outweighs the shelf price; for those who want to see what a well-aged Barolo can provide, this is the bottle you need to take home. Bricco delle Viole is located on the western border of Barolo, and gives the wine an extraordinary clarity and precision of fruit, superb depth, and a stunning overall balance.