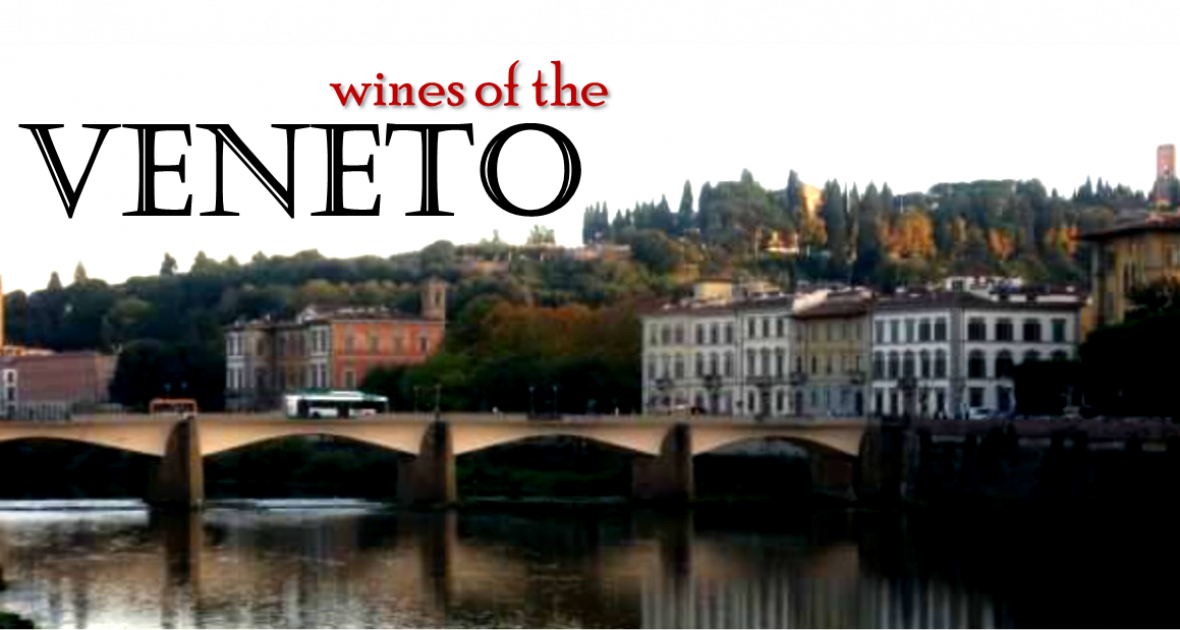 The Many Faces of Venetian Wine

Amarone: just the name induces a widening of the eyes, involuntary salivation, and a nostalgic smile. If you’ve had it, you know what kind of an impact it makes—one that you don’t forget easily. Amarone is one of the most iconic wines of northern Italy, sharing the same level of prestige as Barolo. But what is it exactly, why is it so darn expensive, and are there alternatives you can explore?

Italy’s Veneto region, where Amarone comes from, is the biggest wine producing region in the country. Its climate is temperate, the soils are rich, and the hills are gently sloped to just the right angle for perfect ripening. But Amarone isn’t the Veneto’s only gem.

The region of Valpolicella, located just north of Verona, is broken up into several different subregions, each with their own detailed classification system. But rules are boring and complicated (let’s just call them “guidelines,” am I right?), so the Veneto is rife with dozens of different styles, expressions, and interpretations of wine—depending on where they’re located… and which “guidelines” they feel like following.

The most basic, straightforward, least-complicated appellation is Valpolicella (and Valpolicella Classico—a more delineated subregion within the bigger one). Made in the same way as every other normal table wine you’ve ever had, it’s made from a maximum of 70% Corvina, which is the Veneto’s star grape. Fresh, fruity and easy-drinking, most Valpolicella is meant to be consumed in its youth. The Tommasi Rafael is technically Valpolicella

Superiore, comes from a single vineyard (“Rafael”) within Valpolicella, and is absolutely delightful to drink. Besides Corvina, there’s a good measure of Rondinella (Corvina’s “sister grape”) that helps add color to the blend, as well as a slew of other indigenous grapes. Bright red fruits, including strawberry and cherry, are framed by a pretty floral note. The tannins are soft and pliable, making this a winner by itself or with lighter meals and cheese and meat plates. The Degani Valpolicella is made in a similar style, but with a touch more of an herbal note to it along with the fruit.

On the other end of the spectrum is Amarone. This special appellation dates back to the 8th century in Verona, when it became necessary to differentiate a dry wine made from dried grapes, from a sweet wine (called recioto). Grapes to go into Amarone are hand-

picked, laid out to dry in shallow crates, and then tucked away in “drying houses” with big, open-air windows to let the wind come in. (It’s the wind that dries out the grapes—not the sun!) After a minimum of 100 days, the grapes are pressed and a long, slow fermentation happens. The Tedeschi Amarone is packed to the max with thick, dark fruit, r

aisin and prune notes, and a beautifully balanced structure with firm tannins but a lingering acidity which keeps this wine powerful, but dry. The Tommasi Amarone is just a touch lighter, with deep, rich flavors and an enlivening spice weaving its way across your palate. For a unique experience with an aged Amarone (these wines can last a long time), try the 2007 Venturini Amarone. In this expression, the ripe fruit dies away to reveal nuanced aromas and tastes of spice box, sweet tobacco, and potpourri.

In the middle of these two extremes (and for less than half of what Amarone costs) you’ll find the Ripasso style. Literally meaning “to re-pass,” this method consists of pouring normal Valpolicella wine over the grape must (the skins, seeds, stems and pulp) left over from the Amarone. This gives the ripasso wine a noticeable Amarone c

haracter, but with a lighter texture and body. These wines are fantastic values, and are incredibly unique to experience. The Tommasi Ripasso and the Remo Farina Ripasso have rich, sappy fruit (reminiscent of Amarone) but also a fresh, green herbal note. In Tommasi’s case, they actually throw the Amarone skins directly into the ripasso’s fermentation tank so it gets as much Amarone character as possible.

…AND EVERYTHING ELSE IN BETWEEN

And when all those styles just mentioned aren’t enough for the creativity of Veneto winemakers, you can just label your wine IGT Veneto. This designation lets wineries do projects like Allegrini Palazzo della Torre, where a portion of dried “Amarone-style” grapes are used in the blend with normal Valpolicella wine, or Tedeschi “Appassimento” Nicalo, where the

grapes are hand-picked and dried in the exact same method as Amarone, but for only one month instead of three. The result of these wines is something in-between Ripasso and Amarone.

The Veneto has a wine style for everyone: light-bodied or full-bodied; fruity or earthy; easy-drinking or serious; wines for cellaring or drinking now. This historic region is one of the most traditional–and yet one of the most innovative–that Italy has to offer.