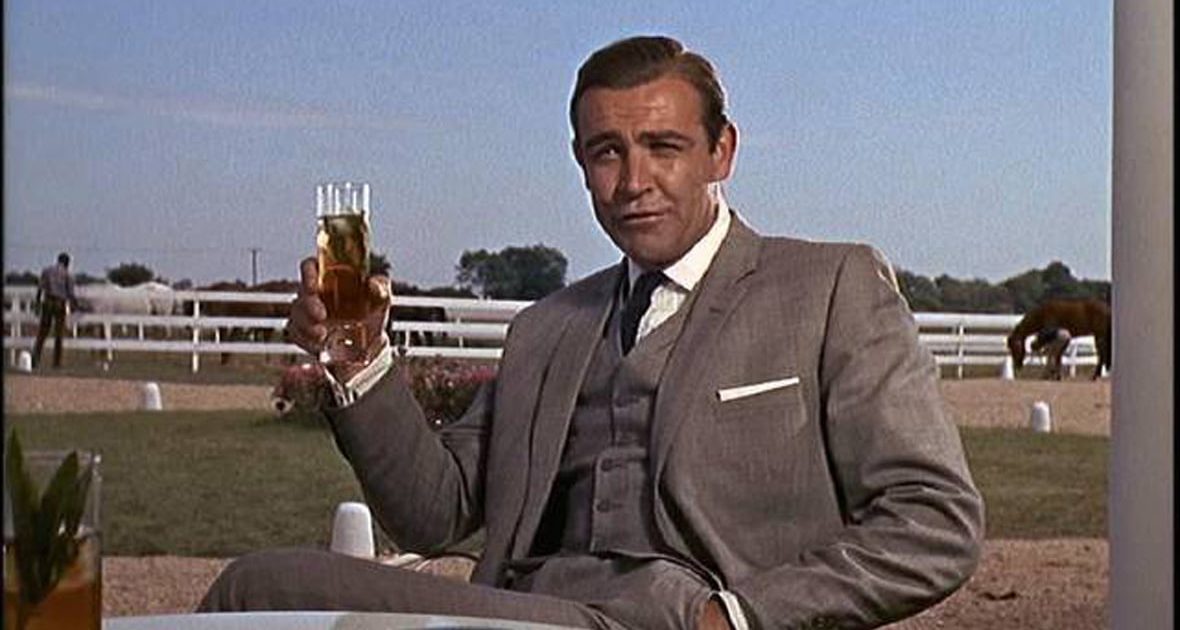 I’ve been on a minor James Bond kick lately, revisiting some of the older outings of the franchise. At times it’s been a watching-with-one-eye-closed kind of experience (sorry Live and Let Die… even Paul McCartney couldn’t save you), but I’ve been pleasantly surprised by other attempts (On Her Majesty’s Secret Service, anyone?). It’s a mixed bag, with pretty pervasive misogyny tainting even the silliest of plot lines, yet sometimes an action sequence or clever plot twist will feel so of-the-moment that I forget I’m watching a nearly fifty year old movie. I love those moments: they remind me that even the most progressive, cutting-edge fads in film (or food, wine, theater… pick a hobby) are usually drawing from what came before–your new idea isn’t so new after all.

We’ve brought some really fascinating wines into France 44 in recent weeks, and occasionally the staff tastings of them feel like a Bond movie marathon… griping about things we don’t love, wishing some things could be improved, and, sometimes, reveling in the pure enjoyment we get out of a bottle. For this week’s featured wines, I thought I’d continue on my nostalgia kick and give some attention to some wines in the store that are, for lack of a better word, old.

Now, this isn’t a it’s-been-sitting-in-the-basement-for-20-years kind of old, but more of a the-way-this-used-to-be-made take on the word. These are wines that you might lump into the “natural wine” phenomenon that’s been sweeping the industry, but I think that’d be a mistake; these aren’t fad wines, but are, in fact, made through extraordinarily traditional methods. Like a ’60s Bond movie, they’re not necessarily going to tick all our boxes for what is desired in a “modern” wine, but we also couldn’t have achieved the highly-engineered, crowd-pleasing successes of today’s most popular bottles without them.

Sebastien Riffault is an outlier in the vineyards of Sancerre for his commitment to making wines via traditional, non-interventionist, and biodynamic principles. His wines tend to reflect a sense of the “old” Sancerre–before extensive use of chemical treatments, stainless steel fermentation, and commercial yeast strains. The “Quarterons” bottling might be his most mainstream wine, but it still is totally unlike a modern Sancerre, swapping the usual grassy, citrus flavors of Sauvignon Blanc for something closer to baked apples and cloves. An amazing fall wine, and one that will redefine your perception of Sancerre.

Yet another wine industry buzz word, “orange” wines have been popping up all over menus and specialty shops in the last decade. Clever marketing has made these sound more mysterious than they really are: an orange wine is just a white wine that has been aged on the skins of the grape (something that is done with almost every red wine). This Grechetto, an old-fashioned varietal native to Umbria, Italy, sees two days of aging on the skins, lending it a rich, gold color in the glass and a slight cloudiness from being unfiltered. The differences between it and a more modern style of white wine is like comparing apple juice and apple cider. There’s a slight tannic grip to this wine, which lends all sorts of savory herbal notes to a palate bursting with fresh apples, mandarin oranges, and lemon zest.

These two wines hail from Georgia (the country, not the state) which boasts one of the world’s oldest winemaking traditions. The vintner, Kakha Tchotiashvili, is an artisan winemaker in the Kakheti region of eastern Georgia.  He is focused on reviving ancient local varieties, and makes natural wines according to local traditions. His Saperavi, a red grape native to Georgia, makes a rich, full-bodied, spicy wine that goes amazingly well with roasted meats. The Mtsvane is another local varietal (literally translating to “Green from Kakheti”) that Tchotiashvili transforms into a bone-dry, bracing orange wine with powerful herbal notes, spicy fruit, and a touch of pine–an amazingly unique pairing for a wide range of foods.

Trendiness is a fickle thing, and there is no better example than Chateau Le Puy, a family-owned estate in a distant part of Bordeaux’s right bank that has been in continuous operation since 1610. This winery has, in the words of its American importer, “never made even the slightest concession toward modern winemaking.” While this may have been a hindrance in a different era’s wine scene, it’s downright hip considering today’s natural wine obsession. To taste this wine is to taste Bordeaux-gone-by: a funky and aromatic Merlot-heavy blend that still manages to be plush with ripe red fruit and silky tannins.

As old-fashioned wine styles go, you’d be hard-pressed to find something more antiquated than Madeira–the fortified wine made on the Portuguese island of the same name and famously quaffed (in great quantity) by most of the founding fathers. Established in 1932, Belem’s Madeira has it’s roots in the Henriques & Henriques Company, one of the oldest and most stories producers on the island. These Madeiras are beautiful introductions to this category of wine, and their price point makes them an absolute steal for the level of quality they offer–perfect for anyone looking to take a gamble on something new. The Meio Seco (medium dry) and Dolce (sweet) are both delicious, with the former offering a vein of acidity that makes it an appealing aperitif (and the best cooking Madeira possible), and the latter being a rich, supple dessert wine. And, because Madeira is already exposed to high temperatures and oxygen during its vinification, an open bottle can stay fresh for almost 15 years! For wine, that’s like Sean Connery-level old.